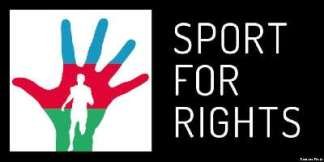 The Sport for Rights Coalition condemns the Azerbaijani authorities’ extensive pressure against the staff of independent online television station Meydan TV, as part of a wider unprecedented crackdown on free expression and independent media. Following months of increased pressure in the aftermath of the European Games and the run-up to the 1 November parliamentary elections, on 17 September, Meydan TV reporter Shirin Abbasov was sentenced to 30 days of administrative detention for "disobeying police”.  On 18 September, authorities searched the flat of another Meydan TV reporter, Javid Abdullayev, in connection with the case against Abbasov, seizing computers and cameras – indicating more serious charges might be forthcoming.

Abbasov, a 19 year-old freelance journalist and Meydan TV contributor, went missing on his way to university early the afternoon of 16 September, and his whereabouts were unknown for nearly 30 hours. Authorities eventually disclosed that Abbasov was being held at the Ministry of Internal Affairs’ notorious Department to Combat Organised Crime. Abbasov has so far been prevented from seeing his lawyer, who fears that Abbasov may be under pressure to sign a false confession.

"The arrest of Shirin Abbasov is yet another act by the authorities aimed at silencing independent voices in Azerbaijan”, said IMS Executive Director Jesper Højberg. "Locking up government critics and stepping up pressure on the country’s few remaining independent media outlets and NGOs has had disastrous consequences for Azerbaijan’s international relations, and certainly does not bode well for the upcoming parliamentary elections. The Azerbaijani government must take action now to put a stop to this downward spiral”.

Prior to his arrest, Abbasov was one of four Meydan TV staff prevented from leaving Azerbaijan after the conclusion of the European Games in June, told they were placed on a "blacklist” for unclear reasons. More recently, he covered the trials of human rights defenders Leyla and Arif Yunus, and journalist Khadija Ismayilova, capturing some of the only images of the political prisoners that were used in the press. Abbasov is also a popular video blogger, whose Facebook posts critical of the government have drawn widespread attention. He was one of six Meydan TV staff previously questioned over Meydan TV’s coverage of protests in the city of Mingechevir calling for the resignation of the local police chief following the 20 August death of a man inpolicy custody.

Also on 16 September, another young freelance journalist and Meydan TV contributor, Aytaj Ahmadova, was detained along with a friend and questioned for five hours by employees of the same Department to Combat Organised Crime, before being released. She reported that similarly to her colleagues, questions were focused on the Mingechevir protests, as well as Meydan TV’s activities, and its management and salary structure. Ahmadova’s parents have reportedly been fired from their jobs and threatened with arrest.

"The extensive questioning of Meydan TV’s staff in connection with the Mingechevir protests bears similar hallmarks to the cases built against journalist Tofig Yagublu and opposition leader Ilgar Mammadov - both of whom remain imprisoned on spurious charges connected with the 2013 protests in Ismayilli", stated Thomas Hughes, ARTICLE 19's Executive Director. "The Azerbaijani government should immediately cease its persecution of journalists working with Meydan TV, as well as any others legitimately expressing critical or independent viewpoints. Azerbaijan’s current actions, following a year of persistent crackdown down on freedom of expression, are in direct violation of its international obligations”.

The growing pressure against the staff of Meydan TV takes place against a broader unprecedented crackdown on free expression and the independent media. In addition to Abbasov, there are eight journalists behind bars in Azerbaijan, as well as six human rights defenders who are strong free expression advocates, along with dozens of other political prisoners, many of whom were targeted for expressing critical opinions.

Other independent media that have been facing extensive pressure include Radio Free Europe/Radio Liberty (RFE/RL)’s Baku bureau, which was raided and closed by authorities in December 2014, shortly after the arrest of its former bureau chief and prominent investigative journalist Khadija Ismayilova, who was sentenced on 1 September to 7.5 years in prison on spurious charges. Opposition Azadliq newspaperonce again teeters on the brink of closure after years of excessive fines from defamation cases filed by public officials and their supporters, and other financial pressures. ‘Azerbaycan saati’ (Azerbaijan Hour), an opposition-minded online television station, has also faced extensive pressure, including the arrest of its presenter Seymur Hezi, who is currently serving a five-year prison sentence on spurious charges.

The Sport for Rights coalition condemns these acts aimed at silencing independent voices in Azerbaijan and punishing those who were critical in the run-up to the European Games. Sport for Rights believes that the pressure against Meydan TV is directly connected to its critical coverage of the European Games. Sport for Rights also notes that Meydan TV and the other organisations and individuals being targeted have all played an important role in exposing corruption and human rights abuses  -- which has become downright dangerous in Azerbaijan.

Sport for Rights calls for the immediate and unconditional release of Shirin Abbasov, as well as the other jailed journalists and human rights defenders in Azerbaijan. Sport for Rights also calls for the Azerbaijani authorities to put a stop to all acts of persecution of Meydan TV’s staff and other journalists and human rights defenders, and to take urgent steps to address the broader human rights crisis in the country ahead of the 1 November parliamentary elections.