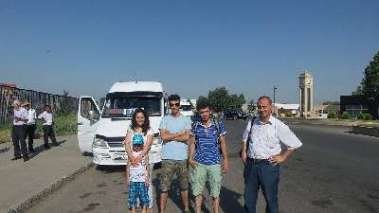 Four employees of the online Meydan TV have been banned from leaving Azerbaijan. This was announced by the head of Meydan TV Emin Milli, who lives in Berlin.

"No sooner had the European Games ended, as the authorities started repressions against Meydan TV,” wrote on his page Milli to Facebook.

"Today (June 30), several journalists of Meydan TV tried to cross the border to travel to Tbilisi. However, they were not let out of the country, saying the official ban on travel.

Based on the experience of previous events, we believe that a criminal case has been opened against Meydan TV. The government has started repressions against Meydan TV one day after the European Games. A few days ago the power of Ilham Aliyev personally threatened me, and now the journalists are banned from leaving the country," said Milli.

He told Turan that, in particular, Natig Javadli, Elnur Mukhtarov, Ayten Alekperova and Shirin Abbasov were not allowed to travel from Azerbaijan to Georgia.