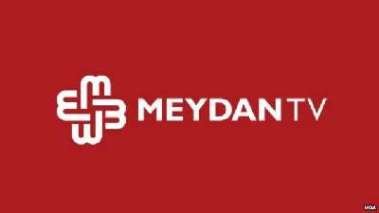 On 9 December the online channel «Meydan TV»   announced the termination of its activities and closing its office in Baku, reads the  message posted on the website of the channel. The given reason  is  "stifling free speech and expression in Azerbaijan, pressure on independent media." «Meydan TV» declares that this step is to ensure the safety of its employees," said in a statement.

This channel was created a year ago, with the financial support of the European Endowment for Democracy (the structure of the European Union.)  The head office of the channel is located in Berlin. Its creator  is  Emin Milli (Abdullayev), a former political prisoner, who emigrated from Azerbaijan. The authorities have accused the channel of spreading "lies and slander" about Azerbaijan. Last time these accusations were made in the article by Ramiz  Mehdiyev.