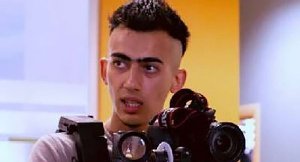 At about 2:30 p.m. on September 16, journalist Shirin Abbasov was seen for the last time in front of the private university "Azerbaijan" in Akim Abbasov Street in the Yasamal District. This was told at 11:30 p.m. to the "Caucasian Knot" correspondent by journalist Natiq Javadly, who also cooperated with "Meydan TV" online TV Channel. According to Natiq Javadly, Shirin Abbasov told his colleagues that he was going to classes at the Baku State University.

"Since that time, we have no information about Shirin Abbasov," Natiq Javadly has noted.

Meanwhile, he has noted that journalist Aitadj Akhmedova and her friend, a journalist-trainee, were the last persons, who saw Shirin Abbasov near the university "Azerbaijan". After a while, the young women were detained at the same place and brought to the Chief Department for Combating Organized Crime (known as GUBOP) of the Ministry of Internal Affairs (MIA). They were released several hours later. "With this in mind, we believe that Shirin Abbasov was also detained," Natiq Javadly has said.