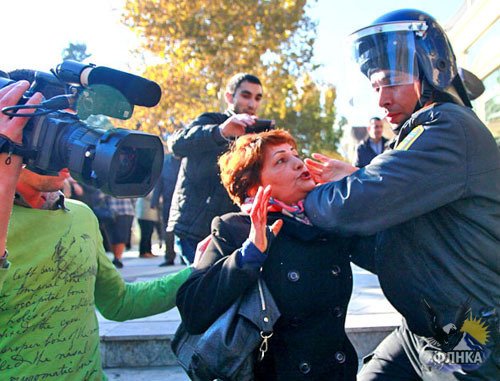 Natiq Adilov, a reporter of the newspaper "Azadlyg" (Freedom) and a staff member of the press service of the Popular Front Party of Azerbaijan (PFPA), has received a warning from the Prosecutor's Office in connection with his critical publications in the media and social networks. The journalist has been warned that if he continues his activity, he will be prosecuted. Natiq Adilov treats the warning as the pressure resulting from his professional activities.
The text signed by the Baku Prosecutor states that in violation of Article 10 of the Law on media, Natiq Adilov "spreads in the media and social networks the thoughts and images that do not reflect the dynamic development of the country, the improvement of living standards, the true essence of economic reforms aimed at strengthening the economic power and that are contrary to morality and ethics."

He has also reminded that the freedom of expression is guaranteed by Article 10 of the European Convention on Human Rights.

The Azerbaijan's authorities reject criticism of putting pressure on journalists and media and claim guaranteeing freedom of speech and media.