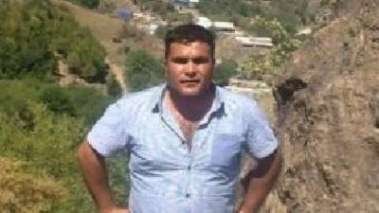 The Lankaran Court of Grave Crimes on January 13 held a preparatory meeting on the case of the activist of the Popular Front Party of Azerbaijan (PFPA) Murad Adilov accused of drug trafficking.

During the meeting, the lawyer Yalcin Imanov petitioned to invalidate the content of the activist's detention. As Imanov told Turan, the term of Adilov's preventive arrest expired two days ago and then his detention was illegal.

The defense also petitioned for termination of the criminal proceedings in the absence of legally sound evidence against Adilov and examination of the defense witnesses. However, the judge, satisfying only the latest petition, scheduled the next hearing for January 22.

Murad Adilov was arrested in the Sabirabad region on August 11. He is the brother of an employee of the newspaper Azadlig and the press secretary of the leader of the Popular Front Party Natig Adilov. Because of persecution and pressure, N. Adilov was forced to leave Azerbaijan after his brother's arrest.

The trial of opposition in Nakhchivan