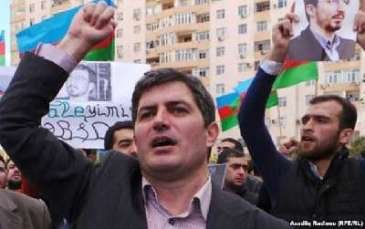 Today the Court for Grave Crimes under the chairmanship of Zeynal Agayev held a preparatory meeting on the case of a member of the Azerbaijan Popular Front Party Asif Yusifli.

The defendant is charged under articles 178 (fraud) and 320 (falsification of documents), but pleaded not guilty.

The lawyer Fakhraddin Mehdiyev said that Asif Yusifli fully compensated the damage to the injured.

For this reason, the lawyer asked the court to change the measure of restraint and to stop the criminal proceedings, taking into account that Yusifli is an invalid of the Karabakh war and takes care of his two young children.

In turn, the prosecutor stated that the position of the victim is unknown because she is not involved in the trial, so he called for the consideration of the merits.

The court rejected the defense motions and scheduled a hearing on the merits on July 2 10.30.

* Yusifli was arrested in November 2014 on the basis of complaints from a Farida Zulfugarova. According to the investigators, Yusifli "fraudulently" misappropriated 6,500 AZN. However, according to the lawyer Mehdiyev Yusifli himself became a victim of fraud. During the period of investigation, he fully repaired the damage to Zulfugarova and she gave up the complaint.

Trial in the case of the blogger Abdul Abilov