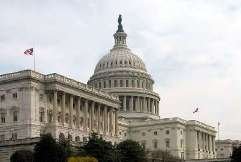 Today, 16 U.S. Senators have written to Azerbaijani President Ilham Aliyev expressing their concern about the diminishing space for civil society and the harassment of activists in Azerbaijan, Turan's Washington correspondent reports.

In the attached letter, these 16 Senators note that "numerous human rights organizations have continuously raised concerns that there appears to be a systematic crackdown on human rights and independent civil society, including freedom of press, in Azerbaijan.” In seeking the immediate release of the imprisoned activists, the senators emphasize that such an act "will remove an important obstacle to strengthened US - Azerbaijan relations.”

Increasingly, authorities in Azerbaijan have targeted journalists, political opposition leaders, human rights defenders, and lawyers; imprisoning more than 100 individuals under spurious and clearly politically motivated charges. The crackdown has included closing down civil society organizations and independent media, such as the US-funded Radio Free Europe/Radio Liberty, which had its offices closed by the government in December 2014. Civil society in the country has been devastated. Amid this repression, the government has used events such as the 2015 European Olympic Games to grandstand its achievements and try and whitewash its image, as documented in a recent report by Freedom Now and the Human Rights House Foundation. "Azerbaijan’s tactic of orchestrating ostentatious events to gain international favor does not hide the fact that the country holds more prisoners of conscience than both Belarus and Russia combined,” said Washington-based Freedom Now’s Executive Director Maran Turner.

Freedom Now welcomes this important initiative by these U.S. Senators and echoes their call for accountability and respect for the rule of law and human rights in Azerbaijan. The Azerbaijani government is party to the International Covenant on Civil and Political Rights and the European Convention on Human Rights, and the imprisonment of individuals for peacefully exercising their rights to freedom of expression and association is a flagrant violation of these laws. We join the Senators in calling for the immediate release of Mr. Mammadli, Mr. and Mrs. Yunus, Mr. Aliyev, Mr. Jafarov, Ms. Ismayilova, and all other prisoners of conscience in Azerbaijan.

His Excellency Ilham Aliyev
President of the Republic of Azerbaijan

We write with growing concern on the diminishing space for both civil society and the freedom of press within Azerbaijan.  In August, a number of us wrote to you expressing concern on the rising rate of politically motivated arrests.  Since that letter, which highlighted the arrests and continued detention of Anar Mammadli, Leyla and Arif Yunus, and Intigam Aliyev, troublingly Rasul Jafarov and many more human rights activists and journalists have either been arrested or barred from leaving the country.  Moreover, we have heard reports that the Organization for Security and Cooperation in Europe (OSCE), of which Azerbaijan is a member, was ordered to close its office and that representatives from Amnesty International, an international human rights organization, are barred from entering the country.  Even more troubling is your government’s efforts to stifle the freedom of press in Azerbaijan, as witnessed by the closure of Radio Free Europe/Radio Liberty’s (RFE/RL) office and the imprisonment of investigative reporter Khadija Ismayilova.

Last December, Azerbaijani authorities sealed RFE/RL’s Baku bureau under spurious charges clearly used as a means to stifle freedom of the press.  After several months trying to negotiate a way to reopen its office, RFE/RL was, unfortunately, forced to announce recently that its bureau would close permanently.  RFE/RL’s mission is to provide a free flow of information and news to populations who otherwise would be restricted to official media only.

Your government’s efforts to censor the media has earned the Committee to Protect Journalists’ ranking as the fifth most censored country in the world after Eritrea, North Korea, Saudi Arabia and Ethiopia.  Moreover, according to Freedom House’s Freedom of the Press report, press freedom in Azerbaijan has been in decline over the past decade.  Since RFE/RL’s initial closure in December, we have heard troubling reports that its staff continues to be harassed and live with a fear of arrest.  In the case of Khadija Ismayilova, on June 5 she marked the six month anniversary of her detention, which has yet again been extended, until August 24.  Providing accurate, independent reporting is what its reporters, like Khadija, were admirably doing prior to this closure.

Over the past year, numerous human rights organizations have continuously raised concerns that there appears to be a systematic crackdown on human rights and an independent civil society, including the freedom of press, in Azerbaijan.  We join those voices and call on you to respect those fundamental rights by allowing for a more tolerant environment for free media like RFE/RL and to immediately release those journalists, activists and civil society leaders currently imprisoned and detained.  Doing so will remove an important obstacle to strengthened US - Azerbaijan relations.