USAID: sustainable development of civil society in Azerbaijan has deteriorated 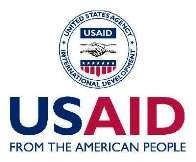 After several years of stability, in 2014 the sustainable development of civil society in Azerbaijan has deteriorated. As a result, the strategic and systemic measures the government silenced alternative views of what happened even after, in May 2014, Azerbaijan started a six-month chairmanship in the Committee of Ministers of the Council of Europe, reads the report «Index of sustainable development of civil society organizations in 2014 - Azerbaijan" prepared by the USAID (United States Agency for International Development), based on expert survey, released today.

The deterioration of the atmosphere of civil society, took place against the backdrop of a sharp decline in the world oil prices, which caused the economic decline in the country. Thus, in 2014 the government adopted the Concept of "Azerbaijan 2020: A Look into the Future", defines the strategy of economic growth. It involves the development of cooperation between state bodies and civil society institutions.

The deterioration of the situation was seriously affected in the end of 2013 the restrictive amendments to the laws "On NGOs", "On Grants", "On state registration of legal entities" and the Code of Administrative Offences.

The year 2014 was accompanied by unprecedented arrests, a ban on travel abroad, bringing to justice, and the wave of interference in the work of local and foreign NGOs. A very small number of NGOs have achieved registration grants the Ministry of Justice.

Ratings on the criteria of «organizational capacity» and «financial capability» were also reduced, because a number of foreign donor agencies: IREX, NDİ, the Soros Foundation, had to leave the country. The concept of local philanthropy also wasn’t developed.

As a result of the negative atmosphere created around NGOs by the pro-government media, and the indicator of «public image" of civil society also deteriorated.

Consistently on the secondary level remain over the past 10 years ratings on the criteria of "providing services" and "infrastructure".

The general index of the sustainable development of civil society organizations in 2015 amounted to 5.1., and worsened by a few points compared to 2013 (4.7.)