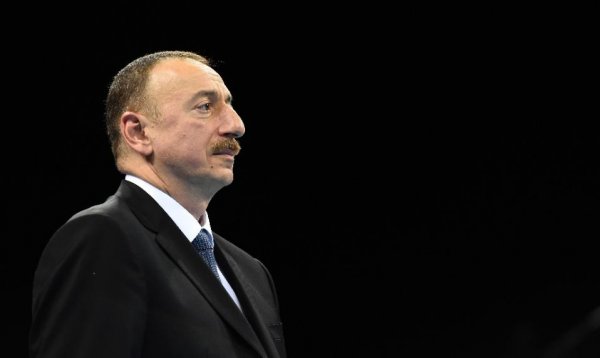 Baku (AFP) - Azerbaijan on Friday fiercely rejected European criticism of its human rights record and threatened to "revise" relations over a European Parliament's resolution calling for sanctions against Azeri authorities.

"(Azerbaijan's) relations with the European Union should be revised due to its anti-Azeri and anti-Islamic tendencies," the oil-rich Caucasus nation's foreign ministry said in a statement.

The European Parliament passed on Thursday a non-binding resolution strongly condemning the "unprecedented repression against civil society in Azerbaijan."

It called on the EU's executive body to "consider targeted sanctions and visa bans on all politicians, officials and judges involved in the political persecutions."

MEP also urged the EU to "conduct a thorough investigation into the corruption allegations against President (Ilham) Aliyev and members of his family."

Baku said Friday it has decided to postpone the visit of a European Commission delegation which was due to arrive in Baku for talks on planned EU-Azerbaijan "strategic partnership" agreement.

Rights groups have accused the government of Azerbaijan of stepping up pressure on opponents after Aliyev's reelection for a third term in 2013.

Last week Azerbaijan sentenced award-winning investigative journalist and anti-graft campaigner Khadija Ismayilova to seven and a half years in jail on corruption charges she denounced as trumped-up.

She has fearlessly probed the alleged vast riches amassed by Aliyev and his family, who have ruled Azerbaijan with an iron fist since it gained independence from the Soviet Union in 1993.

In August, a prominent Azeri couple that campaigns against human rights abuses was sentenced to lengthy jail terms in a case that was also decried as politically motivated.

The US-based rights group Freedom House says there are now more than 80 political prisoners in Azerbaijan.

Aliyev, 53, strongly denies accusations of rights abuses, while his administration has dismissed such criticism as a smear campaign.

EU and Azerbaijan: Breaking Up or Muddling Through?