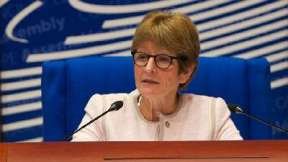 Strasbourg, 16.10.2015 - Anne Brasseur, President of the Parliamentary Assembly of the Council of Europe (PACE), has written to President Ilham Aliyev expressing her "deepest concerns” over the deterioration of the situation in Azerbaijan as regards democracy, human rights and the rule of law.

Recalling Azerbaijan’s obligations and commitments to the Council of Europe, the President listed in particular four "worrying developments”:

· A series of recent court decisions sentencing human rights activists and journalists to strikingly long prison terms. "These judicial decisions are producing a chilling effect on freedom of expression and pluralism in Azerbaijan, in violation of the country’s obligations and commitments to the Council of Europe,” she wrote.

· Cases of harassment and humiliation as well as physical attacks against human rights defenders and civil society activists in detention. Citing the cases of Ilgar Mammadov and Intigam Aliyev, as well as the condition of Leyla and Arif Yunus, Ms Brasseur urged the President to intervene to end such intimidation of prisoners.

· Azerbaijan’s failure to execute the judgment of the European Court of Human Rights in the case of Ilgar Mammadov, which required Mr Mammadov’s release. Ms Brasseur urged Mr Aliyev to "take the necessary steps with your authorities in order to remedy this failure”.