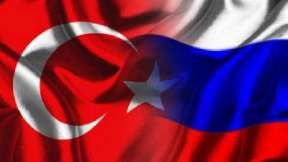 As tension between Russia and Turkey has escalated dramatically over the last few days, at the time when regional peace processes in the neighborhood (i.e. Armenia-Azerbaijan) seemed to have gotten back on their feet, some observers worry that the new regional reality might undermine the security in the Caucasus.

‘The new regional reality has undermined the security situation in the Caucasus and increased the risk of conflict in the area,’ said Jorge Benitez, senior fellow at the Washington-based Atlantic Council.

Speaking to TURAN, Benitezhighlighted that the causes of Russian-Turkish crisis are the decisions made by President Vladimir Putin, which commits Moscow to belligerent actions, which destabilize neighboring countries.

Putin, he said, is ‘much more concerned with fulfilling his aspirations for power and a Greater Russia,’ rather than pursuing the economic reforms that could help Russia alleviate the problems of low energy prices.

"The solution for this crisis is for Russia to end its confrontation with Turkey and to withdraw its military forces from Syria. This will greatly ease tensions in the Caucasus and improve the security of the region.’

For now, Benitez says, relations between Moscow and Ankara will get even worse and that Azerbaijan will have to make a difficult choice about its relations with each of them in the future.

As for Nagorno-Karabakh, he added,‘now more than ever, it is important for all parties to invest totally in a peaceful negotiated settlement.’ Another conflict in the Caucasus must be avoided and national leaders ‘should provide the strength and foresight to reach an agreement that offers a lasting peace for the region.’

Paul Kubicek, Political science professor at Oakland University, with respect to Armenia and Azerbaijan, progress on regional peace ‘need not be undermined if Ankara and Moscow can compartmentalize or limit their antagonism.’

In a comment for TURAN, he said, while there is no doubt that tensions between Ankara and Moscow are high – and that both Erdogan and Putin want to position themselves as ‘strong’ leaders – it remains to be seen how far they will take things outside of the immediate Syrian theater.

In a short-term, he said, both sides should agree on communication and logistical protocols so this event is not repeated. Longer-term, a hope is that an international agreement to create a ceasefire and ‘some sort of interim political settlement in Syria might defuse tensions.’

As for Azerbaijan’s position in all these, for Kubicek, it remains to be seen if Ankara or Moscow will put pressure on Baku to choose sides.

‘Obviously, Azerbaijan should try to maintain good relations with both, and Aliyev has to be somewhat sensitive to pubic opinion. I doubt, for example, that Azerbaijan can or should place sanctions on Turkey. However, I believe Baku will have ‘wiggle room’ to note, for example, that Turkey could have handled things better, and that both sides should try to defuse tensions,’ he said.

Michael M. Gunter, professor of political science at the Tennessee Technological University, also told TURAN that the current Moscow-Ankara tension means potential problems for Azerbaijan and Armenia, but ‘also offers opportunities since both Russia and certainly Turkey do not want this tension to escalate any further.’

‘Thus both Azerbaijan and Armenia are in a position to promote peaceful settlement between Turkey and Russia and in so doing possibly find their own relations improving,’ he said.

Azerbaijan, he explained, ‘should be very circumspect in taking sides as it can ill afford the enmity of either Russia or its natural friend Turkey. However, the Russo-Turco tensions ‘offer Azerbaijan an important opportunity to offer its services as a third-party facilitator of peaceful settlement, which both parties will come to seek.’

As for the Nagorno-Karabakh problem, for Gunter, ‘there is no early solution:’ ‘It is a perennial one like the Israeli-Palestinian, Indian-Pakistani, and Cypriot disputes that the parties simply must continue to live with and manage.’

For James Coyle, director of Global Education at Chapman University in Orange, CA, while Armenia and Azerbaijan are allies of the parties in the recent Russian-Turkish confrontation, it is not in the interest of either Caucasus Republic to be drawn into it.

‘Further, neither Russia, nor Turkey has shown signs of wanting to expand the argument to other countries,’ he told TURAN.‘Azerbaijan should side with peace,’ he added.

For the analysts, the increase in tension between the two regional superpowers has ‘nothing to do with energy prices;’ in fact, even while Russia is placing punitive measures on Turkey, Coyle points out, sale of natural gas continues.

If anything, he added, Russia ‘may use the increased tensions as an excuse to cancel the economically infeasible Turkish Stream project without losing face.’