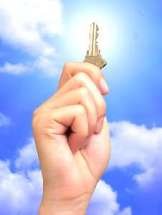 The first days of the New Year have brought new motives in the tense relations between the US and Azerbaijan. The aggressive reaction of official Baku to the initiative of the US Congress "The act of democracy in Azerbaijan 2015" on the application of sanctions against Azerbaijani officials for human rights violations began to change after the statement of Novruz Mamedov, the Head of the Foreign Department of the Administration of President on the invitation of President Ilham Aliyev to nuclear security summit in Washington. Novruzov’s statement appeared in the micro blog in Twitter on 6 January after rumors in the media and social networks that Aliyev has not been invited to the summit. Novruzov stressed that the invitation was sent personally by the President Obama on 3 December.

The fact that official Baku published an invitation a month later shows that Aliyev's administration has made an evolution of views from hostile opposition to a constructive dialogue after the well-known initiative of Congressmen. The statements of various pro-government figures such as MP Zahid Oruj testifies it, as well as  the changed  tone  of pro-government media, which  is now trying to convince the public that the personal  attitude of  the US president to the president of Azerbaijan is quite favorable.

Public recognition of the invitation to non-nuclear summit also means that until March 31 official Baku will try to resolve a number of pressing issues irritating overseas counters, and especially the current topic of political prisoners, the number of which has reached 100 civil society activists. President Aliyev cannot go to Washington with empty hands and promises; otherwise, he should take part in the summit. However, ignoring the invitation under the current crisis conditions is unlikely. The loss of support from the US, which was observed  since the period of Azerbaijan’s independence, in the words of David Kramer, director of the Washington  McCain Institute , may leave the country alone with regional neighbors,  the  relations with which cannot be  called bright: the war with Armenia,  tense relations with the clerical Shiite Iran, tensions with Russia, which in the mouth of President Vladimir Putin make a complaint to the official Baku's  on support of hostile external initiatives.

Of course, in this trio of problematic regional players the attention deserves Russia, whose actions are unpredictable especially under the periods of economic crisis. Its militant policy towards Ukraine, Syria, and Turkey testifies it. And at such times nearest neighbors in the CIS suffer, what can be understood from the troubled notes   of the presidents of Belarus, Kazakhstan and others during the active phase of the Ukrainian cris

is. Perhaps, today Russia is experiencing the greatest problems, is fraught with dangerous instability among oil-dependent countries. Recent statistics show an even greater decline of the Russian economy in 2016, and thus the growth of instability and irritation of the Kremlin, which will be projected on Azerbaijan, which is almost one of the donors of the Russian economy, though not significant. Trade turnover between the two countries in 2014 reached $4 billion with a significant positive balance in favor of Moscow, in addition to other inflow in the Russian economy.  Under the oil crisis it becomes problematic for the official Baku to support this level of trade.  What is possible under these conditions: inclining of Azerbaijan to Russia or and the flight from the tutelage of the United States? Unlikely. Reducing tension around Ukraine, which demonstrates the promotion of the Minsk peace process, as well as the active participation of Russia, including Iran, in coordination with the United States at the climax stage of the Syrian problem shows that  Moscow prefers smooth relations with Washington, and the Kremlin will  try to avoid collision with the White House in Azerbaijan. Therefore, any initiatives by Aliyev’s team  on docking to the Russian shores is not productive and may aggravate the situation "between a rock and a hard place." Of course,  prior to  the non-nuclear summit he can visit his  colleague Putin to show respect for Russia's interests in the region and verify the wishes and possibilities of the parties, but it should be  regarded rather as a step of politeness than geopolitical reorientation from  the West to the East.

It is clear that the US carefully keeps track  of maneuvers of the Azerbaijani diplomacy in terms of sanctions and threats, and  hint on activation of the classical instruments of influence in the case of delaying settlement of the problematic issues identified in December initiative of US congressmen. Immediately after the New Year in the US Congress held closed hearings on Karabakh and called for the acceleration of the conflict settlement process. The reaction of the Armenian side was panic, but official Baku did not comment on the hearing. The only response that came in this period was the publication by Novruz Mamedov the invitation to President Aliyev to a non-nuclear summit.

But the main factor that will push Baku to reforms and addressing human rights issues, as well as to determine the Azerbaijani-American relations, is the financial and economic crisis in Azerbaijan. President Aliyev, commenting on the situation, pointed out that the crisis is the result of deliberate US policy toward Russia. Thus, he acknowledged that the key to the resolution of problems caused by the fall in oil prices, is in Washington, not in Moscow.