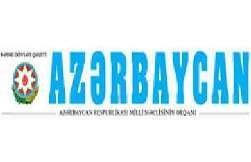 At the same time, there are excerpts from articles by authors Finnemore and Farrell in the edition of Foreign Affairs, where Obama's policy is called "hypocritical."

Further reference is made to materials from WikiLeaks, which "proved" that the US tracks not only its opponents, but "even" the leaders of friendly countries, and gathers dirt on them.

In addition, the United States does not fulfill promises to protect its allies. As evidence, the article gives the fate of Egyptian President Hosni Mubarak and the fate of his "duly elected" follower Mohammed Mursi.

According to the authors, the US was obliged to keep Mubarak and Mursi in power, as they complied with any request from Washington. But in fact, the overthrow of Mubarak and Mursi was precisely backed by the United States, the article says.

"Proof" of this is that Freedom House and its head David Kramer did not react to the decision of the court in Egypt, which sentenced to death 500 members of the Muslim Brotherhood.

Next, the article says that the response of America to September 11 was the events in Afghanistan, Iraq, Syria, Yemen, Libya and Tunisia. The "color revolutions" and the "Arab Spring" brought disaster to those countries.

Events in these countries spread to Europe and Ukraine. "Thanks to the efforts of the US and its allies, the richest republic of the former Soviet Union today is in a state of civil war," the article says.

Further, the material expresses disappointment that under the Obama administration, relations between US and Azerbaijan have deteriorated. Under previous administrations, "the parties listened to each other and to the promises of each other." But with the advent of Obama, not a single step was made to support Azerbaijan, the article says.

In particular, in the Karabakh settlement US showed double standards "at the state level", which was manifested in the failure of Obama to approve Bryza as ambassador to Baku.

"Then some circles in the US have sought to carry out scenarios for the change of power in Azerbaijan. US media and NGOs strengthen the campaign of "black PR" against Baku. To understand the causes of this hypocrisy and duplicity is impossible," the article says.

The authors of the material explain all this with the "personal insult" of Obama by President Ilham Aliyev.

So, in 2009, Obama invited President Ilham Aliyev to Istanbul to persuade him to agree to the opening of the Turkish-Armenian border. "But the strong will of Ilham Aliyev disrupted these evil plans, and he refused to go."

In conclusion, the article makes a "profound" conclusion that the entire responsibility for the instability in the world, the war and the crisis lies with the United States, which claims to be the world leader, but is unable to fulfill this role.