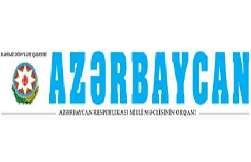 The official state newspaper Azerbaijan angrily responded to the article in the Washington Post on April 15, under the heading Country Quenching Olympic Flame.

On April 17 the paper placed an editorial entitled "Pair Obama-Kerry: Islamophobic and Pro-Armenian Consequences of "Exclusiveness”. In this material, top US officials are accused of bias and the desire to violate the stability in Azerbaijan and others.

The essence of the material is that the US should not and cannot judge others, indicate how other countries live and what they do. In particular, Baku does not perceive the constant criticism and statements regarding violations of human rights and democracy. Such statements by Human Rights Watch, Freedom House and others are regarded as a political order of Washington and interference in internal affairs.

At the same time, the newspaper argues that the US administration has never been so much dependent on lobbyist groups as under the pair Obama-Kerry.

The authors argue that under Bill Clinton cooperation between the two countries was developing on the rise, and the strategic position of Azerbaijan created conditions for the active participation of the United States in the political and economic processes in the South Caucasus and the Caspian region.

Next the newspaper blames US duplicity in assessing events in Ukraine and Karabakh. In this the paper sees "strong ties" of the Secretary of State Kerry with the Armenian lobby.

Further, the newspaper accuses Obama and Kerry of Islamophobia, which gives a "sufficiently serious grounds for dissatisfaction of the Azerbaijani public."

According to the paper, the reason for Washington's anti-Azerbaijan policy is the defeat of the "fifth column" of Washington in Azerbaijan and Baku's refusal to participate in the anti-Russian policy of America.

The article says that the US and its partners are seeking to put Russia to its knees over Ukraine, but turn a blind eye to the Armenian aggression. This is due to the anti-Muslim and pro-Armenian policy of Washington.

Further a direct accusation is sounded: "For the United States the notion of strategic partnership is irrelevant and Mr. Obama without remorse wants to turn Azerbaijan to Libya."

Therefore, the Azerbaijani public believes that Baku should reconsider its relations with the United States and the West on the issue of participation in the antiterrorist coalition, provision of the transportation corridor for NATO military and others.

"Azerbaijan, as well as the President of Uzbekistan, has to take a definitive decision and once and for all finish this," the article says.