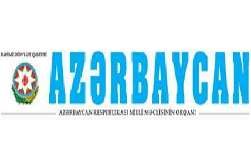 The article alleges systematic anti-Azerbaijani campaign carried out by well-known foreign circles in the last 1.5 years. However, these efforts have not led to the disruption of the European Games or turned Azerbaijan to Ukraine. At the same time, the article argues that the United States manages the entire process in Egypt, Ukraine and Sudan.

The authors argue that the preparation of the plan of "revolution" in Ukraine and Azerbaijan began at the same time, but in Azerbaijan, this did not happen, although attempts as "the great Day of national anger", "people's riots" and Ismayilli events of 2013 took place.

The USD 2 million allocated by the Baku office of the National Democratic Institute of the United States to support youth projects is considered in the article as the financing of a future revolution.

As for the visit to Azerbaijan of Deputy Secretary of State Victoria Nuland on 18 February 2015, the authors claim that she asked President Aliyev to release "political prisoners". However, the release did not happen, then the "anti-Azerbaijani campaign began" in the form of criticism of international organizations and calls to ignore the European Games.

"Irrefutable evidence" in this case is referred to some materials that appeared in the media about the anti-Azerbaijan activity of the State Department.

We are talking about the international campaign to force the Azerbaijani authorities to respect human rights and to encourage international organizations to ignore the sport events in Azerbaijan.

At the same time, this campaign is guided out of the office US Secretary of State Kerry, as stated in the article. Earmarked by USAID, the projects are carried out by the NED to support the "fifth column".

Despite the involvement of the Europeans in the campaign, including the Council of Europe and OSCE, a crucial role is played by the US and its organizations.

Commenting on not allowing representatives of international organizations to Baku on the eve of the European Games, the paper called them «an integral part of the provocation."

After that "representatives of the 5th column in Europe began to publish in the leading journals of Europe." All this became possible thanks to financial injections into European institutions from their American masters, according to the newspaper Azerbaijan.

The newspaper also calls "American” the European Commissioner for Human Rights Nils Muzhnieks that is Latvian by nationality but was born in the United States and studied there. As an indication of his lack of objectivity, the article calls his "dislike of Russia and the Russians."

The article also struck the OSCE Representative on Freedom of the Media Dunya Mijatovic, and the UN Special Rapporteur for Human Rights David Kae, "who criticize Azerbaijan together".

Later the article writes about insincerity and treachery of Washington, which oversees its partners in Europe. It was under the US pressure, European leaders decided not to visit the opening of the European Games in Baku.

The authors regret the European leaders who have not got the courage of Ilham Aliyev and who do not love their country and act on the orders of Mrs. Nuland.

Foreign Policy: Arrests of critics of Azerbaijani authorities have turned into ‘‘national pastime’’, while U.S. turn a blind eye