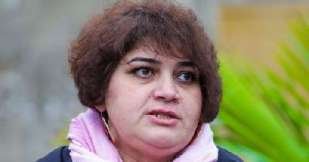 The European Court of Human Rights began to communicate on two complaints from the journalist Khadija Ismailova, the lawyer Fariz Ismayilov told Turan.

The complaints are related to the discrediting of Ismayilova. They were sent to the ECHR on September 26, 2013 and July 31, 2014.

In particular, it is a violation of Ismayilova’s rights guaranteed by Article 8 (respect for private life), 10 (freedom of expression) and 13 (right to an effective remedy) of the European Convention for Human Rights and Freedoms.

On March 14, 2012 footage shot from a hidden camera installed in her apartment by security services were distributed in the Internet, showing her sex life. After that, the pro-government newspapers Yeni Azerbaijan, Iki Sahil and Ses accused the journalist of immoral behavior.

On April 26, 2012 Prosecutor General's Office and Baku Prosecutor's Office made a presentation, which also revealed a number of details relating to the personal life of Ismayilova.

On March 15 Baku Prosecutor's Office started a criminal case under article 156 of the Criminal Code (violation of personal integrity), but the investigation did not produce results. Ismayilova appealed against all these facts, but the court did not satisfy the claims.

The Strasbourg Court has also accepted a complaint on the illegal arrest of Ismayilova for a review.

In December 2014 Ismayilova was arrested on charges of incitement to suicide of her colleague Tural Mustafayev. Subsequently, the charges were dropped, but the journalist was sentenced to 7.5 years in prison, accused of misappropriation, tax evasion and abuse of office.

Amnesty International recognizes Ismayilova "prisoner of conscience". The US, EU and many international organizations have called for her release.