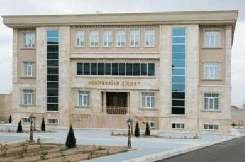 The Prison Service does not allow delivery of documents related to the communication on three complaints from the journalist Khadija Ismailova to the European Court of Human Rights (ECHR) to Prison No 4.

The lawyer Fariz Namazly told Turan the ECHR is considering Ismailova’s complaints about the refusal of the prosecutor's office to investigate interference in her personal life, slanderous publications in her address by the pro-government press, and the illegal arrest.

The complaints refer to violations of Ismailova’s rights guaranteed by Articles 6 (right to a fair trial), 8 (respect for private life), 10 (freedom of expression) and 13 (right to an effective legal defense) of the European Convention on Human Rights.

The management of Prison No 4 required translation of the documents from the ECHR from English and their notarization. However, as Namazly noted, there is no need for translation as Ismailova speaks English.

"We should discuss the documents with Khadija and write the answer. Translating them to the Azerbaijani language is additional expenditure of time and money," said Namazly.

He regarded the prohibition as a violation of the confidentiality of communication between the customer and the lawyer. According to Namazly, it is the second such thing in Ismailova’s case. The counsel pointed to the violation of Article 34 (individual applications) of the European Convention. He noted that the defense will require the Government pay the cost of the translation.

Namazly also said that during yesterday's meeting with Ismailova she agreed to have her rights protected by Amal Clooney.

"Khadija accepted Clooney’s offer, primarily because of her courage shown in the defense of the journalist of the TV channel Al Jazeera Mohamed Fahmy in Egypt in 2014,” said Namazly.

As for the pro-government press statements about Clooney belonging to the Armenian nationality, the lawyer said: "Khadija is not thinking about her (Clooney) ethnicity. Khadija said that normal people do not ask questions about someone's ethnicity and do not ask where one is from.”

In Azerbaijan Khadija did not ask such questions and did not see the need to ask such questions about Amal. With regard to Clooney’s participation in the defense of Armenia in the Dogu Perincek case, Khadija said Amal lost the case, but she would win mine."

If she happens to meet with Amal, Khadija will give her full information on the issue of so-called Armenian Genocide, said the lawyer.

Turan failed to get comments from the Prison Service on the ban for Khadija to become acquainted with the ECHR materials.

Ismailova was arrested in December 2014. In August 2015 she was sentenced to 7.5 years in prison on charges of economic crimes. However, the true reason for her arrest was her investigation of corruption among the senior management of the country.

It should be noted that the Azerbaijani government should have to answer the ECHR questions in the case of Ismailova’s arrest before 15 January 2016. On the other two complaints, the answer should be given by 11 April.