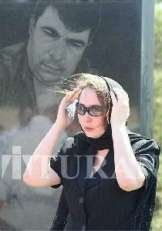 The European Court of Human Rights has started communication with the Azerbaijani government on the complaint of Rushaniya Huseynova, widow of the editor of the magazine Monitor Elmar Huseynov assassinated on March 2, 2005.

The report of the ECHR states that the application of R. Huseynova, currently residing in Norway, was taken for production on 17 February 2010. The ECHR sent a request to the government of Azerbaijan and demanded the materials of the criminal case.

R. Huseynova’s rights in the ECHR are defended by the lawyer K. Rognlien in Oslo.

In a statement, R. Huseynova said that her husband was repeatedly brought to justice in civil lawsuits and criminal cases for criticizing the President, government members and officials of Azerbaijan. Total against him there were 34 cases.

The government repeatedly created obstacles for release of his editions.

According to R. Huseynova, her husband periodically was threatened. In particular, in January 2004, a police officer threatened to kill him, demanding to stop the publication of the Azerbaijani President and the members of his family.

On the evening of March 2, 2005, Elmar Huseynov, returning from work home, was killed on the doorstep of his apartment by shots from a pistol. He got seven bullets.

President Ilham Aliyev on the day after the murder condemned the crime, calling it "a great stain on the reputation of the country and a blow to the democratic development of Azerbaijan".

The Investigation Department on Grave Crimes of the General Prosecutor's Office opened a criminal case.

On March 4 the Prosecutor General, the Interior Ministry and the National Security Ministry issued a statement in which they informed the public about the criminal case launched.

On April 6, 2005 the article "premeditated murder" was changed to "terrorism" (277) and the investigation was sent to the Ministry of National Security.

On May 4, 2005 the General Prosecutor's Office, the Interior Ministry and the National Security Ministry in a joint statement reported involvement in the murder of a citizen of Georgia Tahir Khubanov, who immediately after the murder left Azerbaijan and was in the international wanted list.

It was also noted that the investigation was carried out in cooperation with the FBI and the National Security Service of Turkey.

On May 20, 2005 the investigation named another suspect in the murder, Teymuraz Aliyev, a citizen of Georgia.

R. Huseynova did not receive a reply to her appeal for information about the investigation.

Because of her allegations of involvement of the Azerbaijani authorities in the murder, Rushaniya during the year was persecuted, and in 2006 left Azerbaijan.

In 2008, R. Huseynov, her lawyer and the Norwegian Helsinki Committee appealed to the Prosecutor General's Office and the Ministry of National Security with a letter requesting a copy of the documents of the criminal case.

On July 18, 2008 in the response letter, MNS refused to do so, saying that the victim can get acquainted with the materials of the case only after the completion of the investigation.

A similar response was received by R. Huseynova in March 2009.

R. Huseynova said that the murder of her husband is also a violation of the right to freedom of expression guaranteed by Article 10 of the European Convention. She also raises a question of violation of Article 13 (right to an effective legal remedy) of the Convention.