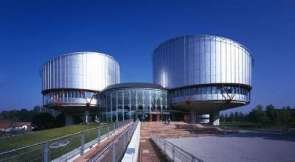 The Azerbaijani government is delaying execution of judgments of the European Court of Human Rights in the case of a former police officer Mushvig Jannatov. On July 31, 2014 the ECHR found a violation of the rights of Jannatov under Articles 3 (prohibition of torture) and 6.1 (right to a fair trial) and decided to pay him compensation in the amount of 12,000 euros and review his case.

On October 31, 2014 decision came into effect, as during the established  three months, neither the applicant nor the Azerbaijani government filed a complaint to the Grand Chamber of the ECHR. In this case, the ECHR decision had to be exercised within three months, which expired on January 31, 2015, said  Samira Agayeva representing the interests of the applicant's lawyer. In early January 2015 she received a letter from the applicant of the ECHR to submit their bank details to the authorized representative of Azerbaijan in the Strasbourg court.

However, because Jannatov, serving a 13-year prison sentence, did not have identity card, opening a bank account for him was difficult. In  December  the Prison Service organized a reception of documents for issuing for a group of prisoners, including Jannatov, identity cards through ASAN-khidmet. Despite ASAN-khidmet issues identity cards within 15 days, Jannatov’s identity has not yet been issued.

In this regard, he issued a general power of attorney to  his wife, so  that she could receive compensation. Banking requisites of Jannatov’a wife were sent to the ECHR and plenipotentiary of Azerbaijan to ECHR Chingiz Askerov. However, money is still not transferred. As for the revision of  Jannatov’s case, the Plenum of the Supreme Court should reverse the decision of courts of Azerbaijan,  which violated the rights of the applicant. The Supreme Court may relieve Jannatov, or send the case back for retrial.

* Jannatov was arrested on 23 July 2004, and sentenced to 13 years in an organized criminal group accused of robbery, murder and other crimes.

In the Main Department of the Ministry of Interior to combat organized crime Jannatov was tortured,  and he was forced to confess. Other members of the group declared his innocence. The ECHR, thoroughly investigated the case  of Jannatov, and  found a violation of his rights.