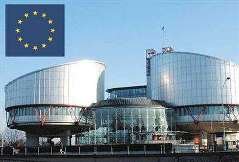 The European Court for Human Rights (ECHR) today announced its decision in the case of military expert Uzeyir Jafarov. The ECHR found a violation of the rights by Jafarov under  the Article 3 (prohibition of torture),  and decided to pay him compensation of 10 thousand  Euro and 4.4 thousand  Euros for the reimbursement of costs.

In 2007, as a correspondent for the newspaper "Gundelik Azerbaijan" and "Real Azerbaijan" was brutally beaten for publishing critical  articles  on problems in the army. The attack on him was committed on in the Inshaatchilar Avenue by  unknown individuals. In fact  a lawsuit was filed under  the Article 132 (assault.) However, the investigation has not been completed, and nobody was punished.

Complaints  of Jafarova against the inaction of the police were not satisfied by the courts, and therefore  he appealed to the ECHR.

"For me  the decision of the ECHR  is important for the restoration of my rights and justice, rather than the amount of compensation. The court's decision establishes not only compensation, but also contains provisions for the investigation and punishment of those responsible.

I know these people. One of them works in the military police, the other in the Ministry of Interior. I will ensure that they called the customer. The decision of the European Court is also important in terms of not leaving unpunished crimes against journalists and activists," Jafarov told Turan.