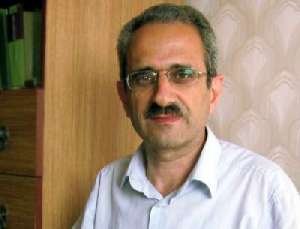 The European Court of Human Rights (ECHR) today announced the decision on the complaint of the editor of the newspaper Tolyshi Sado Hilal Mamedov.

The ECHR found a violation of the rights of Mamedov, guaranteed by Article 3 (prohibition of torture).

As noted in the decision, Mamedov was arrested in June 2012 and abused by plainclothes policemen during the arrest and on the way to the police department. They insulted Mamedov’s ethnicity.

The Court ruled that Article 3 was broken twice against Mamedov. So he was tortured and his complaints were not investigated.

The court awarded Mamedov compensation for moral damages in the amount of 13,000 euros and 2,500 euros for legal costs.

Hilal Mamedov was arrested a few days after placing a video in Youtube with rhymes famous today: "Who are you? Go! Bye-bye!" In his comments Mamedov wrote that with this single clip he glorified Azerbaijan more than the authorities, who spent a lot of money on the contest Eurovision. Hilal Mamedov was sentenced on September 27, 2013. The Baku Court of Grave Crimes gave him five years in prison on charges of drug trafficking, treason and inciting ethnic hatred.