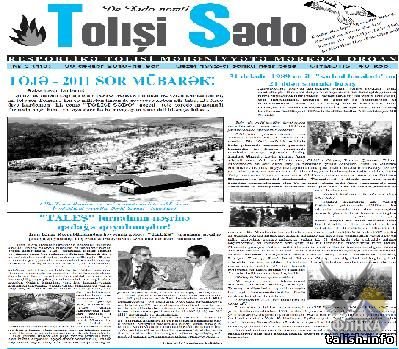 On June 12, the Supreme Court (SC) of Azerbaijan plans to consider two cassation complaints lodged by Hilal Mamedov, the editor-in-chief of the newspaper "Tolyshi Sado" (Voice of Talysh), sentenced to five years in prison. Both of them are on the merits of the case and on recognition of Mamedov's presumption of innocence, and will be considered at the same time by two different court panels.

On September 27, 2013, Hilal Mamedov was sentenced to five years in a high security colony on charges of treason, inciting ethnic enmity and drug possession. Mamedov refused to plead guilty, stating the political nature of his case.

Ramiz Mamedov, Hilal's advocate, said in his comment on the fact of parallel consideration of two complaints that although there are no such restrictions in the legislation, in such situations the interests of the claimant should be taken into account.

"A person can't physically be present at the same time at consideration of his two cases; therefore, it deprives him or her of possibility of personal presence and limits the ability to defend one's rights," said the lawyer, adding that the cassation complaint on the merits of the case raises the issue to stop Mamedov's criminal case because of numerous procedural violations admitted during the inquiry.