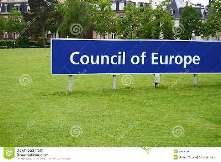 The failure of the report Escalation of Violence in Nagorno-Karabakh and Other Occupied Territories of Azerbaijan at the PACE session in Strasbourg on January 26 became a cold shower for Baku and a subject of discussion and comments.

The report prepared by the British MP Robert Walter had a name deterrent for the Europeans. This is an indicator of how self-confidence once again did a disservice to Baku. The desire to have such a document accepted by the PACE requires not just a waste of money and shouting of the occupation of the territories at every corner. Even if at the level of preparation of the report any problems did not arise, it did not mean that the report would be "a great success" in Strasbourg.

He who has the head should have been aware that it is necessary to have the support of a significant number of PACE members, who will vote "for" or at least not "against".

Theoretically, all is good for the supposedly wise men from the Presidential Administration and the Milli Majlis: the world is already "aware that we are at the right and fair position." Countries such as Georgia, Ukraine, Turkey and the whole of Europe depend on us and simply cannot help supporting us.

With such a mood, the delegation rushed to Strasbourg, reading a piece of paper with slogans asking for support.

Apparently, the coaching style of Ramiz Enverovich and the supposedly clever men from the ruling party was limited to this. But few people thought about how the Ukrainian delegation would behave. And it was necessary to think about that, when the Azerbaijan delegation did not support the territorial integrity of Ukraine, when PACE adopted a resolution condemning the Russian aggression against Ukraine.

In fact, Azerbaijan went against the principle of territorial integrity, to comply with which it calls everybody! And for what? To please Moscow, which will give back Karabakh for that? It is hard to imagine a greater degree of idiocy.

And the behavior of our delegates last year backfired in the fact that the vast majority of the 18 members of the Ukrainian delegation did not support the Walter report, the adoption of which lacked only five votes. Even with the Turks we had not worked as necessary and four MPs from Turkey were absent in the room during the ballot.

This primitive and limited thinking has been one of the main problems of the country for many years.

It is expressed in efforts to spend billions of dollars on the European Games, have a multi-million dollar fireworks display in Cannes, spend millions in the United States, making shows for the formation of a "circle of friends".

Once, a Western diplomat said in a private conversation: "You do not want to understand that the West is scared especially by your regime. Your desire to buy all finds those wishing to play this game, but not all of us are so, and those who follow it, will quietly turn away after executing the order.

Such an approach cannot be called diplomacy, or rather diplomacy does not only consist of this.