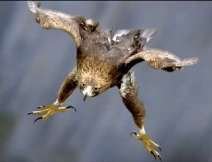 Official visit of the Emir of Qatar, Sheikh Tamim bin Hamad bin Caliph Al-Thani, to Azerbaijan took place on the International Women's Day. However, the list of signed eight agreements, mainly the contracts   on intent shows that the head of the family-Thani discussed with President Ilham Aliyev not gender questions.

For over 10 year Azerbaijan and Qatar signed various documents, a large part of which have remained as intentions. Trade turnover between the two countries last year did not exceed a six hundred thousand dollars, and mutual official investments remained at zero with available possibilities.

Azerbaijan was not interested in the investments because the regime built a closed and monopolized economy and guided the country from foreign investors, seeing them as a threat to the monopoly of power over the country's wealth. As a result, Azerbaijan is on the edge of the economic abyss with a GDP per capita a little over $3,000, which is a clear indicator of the plight of the country.

Qatar is carrying out quite different policy, which not in words, but in fact widely opens the doors to foreign investment   despite its own fabulous resources and huge investments in various projects abroad. Qatar is going to invest abroad more, while many state Funds of Middle Eastern oil states are liquidating assets, notes Bloomberg agency.

Qatar is the richest country in the world where the GDP per capita reaches $88,000. And the country manages to survive under the consequences of the falling oil prices thank to formed significant financial reserves.

The administration  of Aliyev  turned to the ruling family of Qatar since in 2011 Azerbaijan  started to decrease oil production - the first harbinger of troubled times. So-called "falconry diplomacy» has been launched, and the steppe and the national reserves of Azerbaijan widely opened the doors for Arab sheikhs, including Thani dynasty.

However, the constant visits of falconry

enthusiasts have not brought investments in Azerbaijan. Sheikh Tamim bin Khalif Al-Thani is known as a very balanced, but ambitious figure that determines the energy resources and the strategic position of Qatar in the Persian Gulf region. In 2013, a thirty-three-years old Sheikh Tamim became the youngest Emir of Qatar and the youngest head of the heads of states and governments in the world. Today he is the youngest current monarch. Emir, being young prince, studied at school for boys Sherborn, one of the UK's most prestigious educational institutions. Then he graduated from the Royal Military Academy at Sandburs, which prepares officers for the British Army.

After Britain gained independence in 1971, Qatar began close cooperation with the United States, and in 1992, became an important regional center for air and space operations management, as well as other military and US intelligence infrastructure. At the same time Qatar is called the main sponsor of "Muslim Brothers" and other radical Islamist groups, as well as the headquarters of the influential Arabic broadcaster Al-Jazaïry which operates by Western standards.

For Emir Thani the main priority is a close cooperation with the US, which is a guarantor of the security of Qatar in confrontation with neighboring regimes in Saudi Arabia, UAE, and Iran. Therefore, US policy in the different regions, including in Azerbaijan, is not indifferent to the Emir Thani dynasty, and Emir will follow his political course, which is predetermined first of all by the balance of the politician, but not the ambition of the monarch.

According to the latest data by Bloomberg, in the next five years Qatar plans to invest in the US economy about $35 billion. The sovereign Fund of this country QIA has opened an office in New York, which will provide a link to new and existing investment partners.

The total volume of QIA assets is more than $256 billion. Most of the Funds have been placed in the European securities. In particular, the Fund invests actively in the French oil company Total and British bank Barclays.