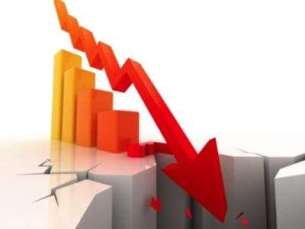 The service of the international credit rating agency Standard & Poor`s predicts almost twofold decrease in GDP per capita of the population of Azerbaijan. The devaluation of the manat on 21 February (minus 34.5% against the dollar) and 21 December (minus 48% for the February level) adequately influenced the expectations of the world's leading institute of Financial Analysis. If the figure for last year was $ 8 thousand, the January 2017 figure will be at the level of $ 4.1 thousand.

The rate of inflation is expected in the range of 15%, though in the years 2012-15 the agency confirmed the figure of 2%. This will lead to a significant reduction in revenue, although the devaluation of the national currency will allow the CBA to preserve the remaining foreign currency reserves and will contribute to the maintenance of budgetary performance.

Analysts of S & P once again reminded that the country's economy is heavily dependent on oil and gas production, merchandise exports of which for many years provides 95% in the trade turnover of Azerbaijan. Another point - foreign currency reserves of CBA since August 2014 decreased threefold compared to January 2016 - from $ 15 billion to less than $ 5 billion.

The agency has put the economy in the correction stage, that is, the government is obliged to place the economy of the country on a new track because of low international oil prices (on average, in January 2017 they will be at $ 40 per barrel). And this even more will cause the deterioration of the growth outlook, while the weakening of the national currency will lead to further reduction in purchasing power within the country, a new round of consumer price inflation, and reduction in financial investments.