Institute for Reporters Freedom and Safety (IRFS): The pardon has not met expectations 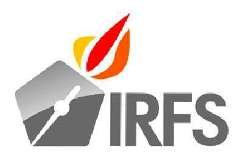 Despite the release of a limited number of political prisoners on March 17, many activists remain in detention, and arrests of activists continue to downplay the importance of pardon, reads the statements of the Institute for Reporters Freedom and Safety on 23 March.

"The pardon against the background of a systematic violation of human rights, cannot be regarded as a step forward. Unjustified arrests and politically motivated trials continue. Releasing only 15 of the dozens of unjustly arrested activists,   the authorities are preparing a place in prisons for new prisoners. It is necessary to put an end to the never-ending cycle of release of political prisoners, and condemn the new political prisoners," said the director of IRFS Emin Huseynov.

The IRFS welcomes the ECHR decision in the case of human rights activist Rasul Jafarov, and regards it as a timely reminder of the deepening political crisis in Azerbaijan.

IRFS considers the pardon of journalists and human rights defenders as an attempt to empower the reception of the Azerbaijani leadership in the White House as part of the Nuclear Security Summit in Washington.

The pardon was signed  four months after the appearance of Congressman Christopher Smith, a legislative initiative on the introduction of visa sanctions against high-ranking Azerbaijani officials involved in human rights violations, their families and others.

The statement emphasizes that the authorities began to target precisely those who challenged the legitimacy of the election of Ilham Aliyev for a third presidential term.

Thus, in February 2013 the leader of the  REAL Movement  Ilgar Mamedov, who regarded the nomination of Aliyev for a third term was unconstitutional and anti-democratic law. Despite the fact that  two years ago the ECHR took a decision to release Mamedov, he is still in custody.

Human rights defender Intigam Aliyev raised dozens of lawsuits to the ECHR that questioned the legitimacy of the judiciary in Azerbaijan, and therefore became a victim of the regime.

A journalist Khadija Ismayilova who investigated and exposed billions of dollars in the corrupt machinations of the political elite and members of her family was also arrested.

Bank accounts of many human rights defenders and journalists  have been  blocked, some assigned to high fines, or barred from leaving the country. Parliament is currently discussing the issue of changes in the law to allow not to perform the ECHR decision.

The IRFS calls on the international community to increase pressure on the authorities to release the remaining political prisoners.

The IRFS calls on international financial institutions not to believe the assurances of the authorities to strengthen the fight against corruption and increasing transparency. For in the absence of reforms, the credits will be aimed at strengthening authoritarian power.

IRFS calls on EITI(Transparency Initiative in the mining sector) to send a delegation to Azerbaijan and check how NGOs can participate in the process of ensuring government accountability. In the case of non-fulfillment of obligations severe sanctions up exceptions to the EITI should be taken.

IRFS calls upon the Secretary General and the Council of Europe Committee of Ministers to evaluate the performance of the country's obligations under the European Convention of Human Rights and to enforce the ECHR decision in the case of Mammadov. If the authorities do not agree to a dialogue, the IRFS maintains sanctions against the government of Azerbaijan.

Emin Huseynov was forced to hide in the Swiss embassy in Baku for several months to avoid arrest. He was taken from Baku by the Minister of Foreign Affairs of Switzerland in the first day of the European Games in June 2014.