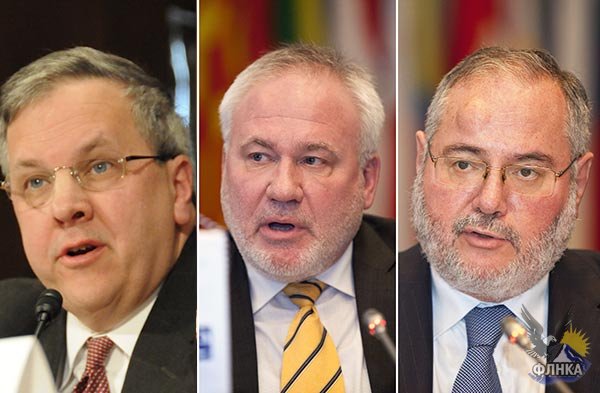 The Organization for Security and Cooperation in Europe (OSCE) Minsk Group is preparing another meeting between the foreign ministers of Armenia and Azerbaijan around the Karabakh conflict settlement.

“The Co-Chairs noted the relative calm that prevailed on the Line of Contact during the period of Novruz and Easter, and expressed their hope that this would continue. The Co-Chairs discussed with the Presidents the issue of civil flights to and from the airport in Nagorno-Karabakh.

“The Presidents reaffirmed their commitment to the peace process, and expressed their support for continued engagement at the highest levels. The Co-Chairs plan to organize a meeting of the Foreign Ministers in the coming weeks to advance the peace process.”