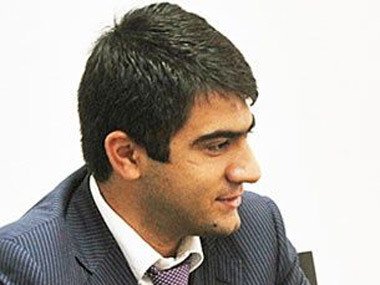 In Azerbaijan, the youth wing of the ruling party "Yeni Azerbaijan" calls to expel famous Azerbaijani screenwriter Rustam Ibragimbekov out from the country, together with Akram Aylisli, the author who wrote a novel about Armenians’ massacre.

According to the Azerbaijani news agency "Haqqin.az", Seymour Orujov, chairman of the youth organization of the ruling party "Yeni Azerbaijan" appealed to declare Rustam Ibragimbekov and Akram Aylisli as “persona non grata”.

"It is a shame that these people still call themselves representatives of the Azerbaijani intelligentsia. Their actions can be regarded as high treason. We do not consider them members of our intelligentsia, and therefore demand to declare Rustam Ibragimbekov and Akram Aylisli as “persona non grata”, said Seymour Orujov.

In September 2012 the establishment of the Union of Azerbaijani Diaspora organizations in Russia (UAOR) was announced, among the founder of the Union were Russian billionaires from Azerbaijan, as well as film director Rustam Ibrahimbekov. The establishment of the Union has angered the authorities of Azerbaijan. Thus, the State Committee for Work with Diaspora of Azerbaijan called the creation of UAOR impractical. Azerbaijan has started to pursue relatives of UAOR members. In particular, in December, Elmar Valiyev, the Mayor of Ganja ordered to close the office of Abbas Abbasov, the son of one of the founders of UAOR.

The newspaper of the ruling party "Yeni Azerbaijan" accused R. Ibragimbekov of "having ties with the Dashnak", etc. After a series of attacks in the media Ibrahimbekov satted that if the President of Azerbaijan does not respect him then he also is not going to count with Ilham Aliyev. In the beginning of January R. Ibrahimbekov stated that a new movement is to be created with his participation, the main task of the movement will be to ensure the protection of votes in the presidential elections and the formation of resistance against election frauds. The media named it "Resistance movement."

Ekrem Eylisli is national writer (since 1998) and Honored Artist of Azerbaijan, holder of the highest order of Azerbaijan “Istiglal” (2002) and the order of “Shokhrat” for his outstanding merits in the literature of Azerbaijan. Recently, on the website of Russian magazine “Friendship of Nations” was published his novel titled “Stone Dreams” in which the author describes the massacres of Armenians in Baku in 1990 and in Nakhichevan in 1919. The author in his novel speaks positively about the Armenian people and their culture. The novel “Stone Dreams” also contains criticism over the former Azerbaijani President Heydar Aliyev and the tyranny of the system created by him.

After publication of the novel, Eylisli was exposed to severe pressures in Azerbaijan; the pro-governmental youth held rally in front of his house, his issue was discussed in the parliament of Azerbaijan, MPs suggested to burn his books and to deprive him of citizenship and deport from Azerbaijan. Many people “blamed” Eylisli in his Armenian origin, etc. President of Azerbaijan Ilham Aliyev deprived him of personal pension and the title of National Writer, and accused him of “purposefully distorting the history of Azerbaijan” and “in distorting realities about history of Azerbaijan in an inappropriate way.”

The leader of the pro-governmental party ”Modern Musavat” Hafis Hajiyev announced that he would pay about 10 Euros to the one who will cut the ear of the writer. Only after the intervention of the media, the politician was “warned” by the Interior Ministry of Azerbaijan about the illegality of such appeals.

The U.S. Department of State and the OSCE Office in Baku condemned persecution of Eylisli in Azerbaijan and called on the authorities to fulfill their obligations.

Aylisli: During Karabakh war I visited all military units and saw how many deserters there were