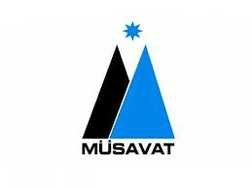 The Musavat Party of the National Council of Democratic Forces of Azerbaijan has commented on the acts of its member Rustam Ibragimbekov, Trend cites Sakhavet Alisoy, an advisor of the party.

The official said that the demands for Ibragimbekov to return to Azerbaijan for the presidential campaign were fair.

Isa Gambar of Musavat said yesterday that he will remain the candidate for president of Azerbaijan until Ibragimbekov returns, hopefully in late July.