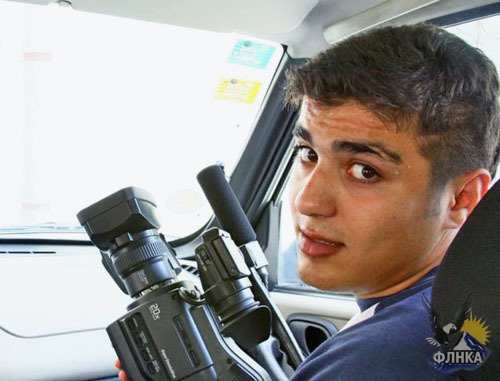 Member of Azerbaijani Institute of Freedom and Safety of Reporters (IFSR) Mehman Guseinov was detained on June 17, in the airport of Baku. The reporter was not let to fly from the country to Norway for participation in the ceremony of awarding him with prestigious international Gerd Bucerius award “Free Press of Eastern Europe-2013”. This decision was motivated by a criminal case initiated against Guseinov. The journalist himself considers the ban of leaving country groundless.

Earlier, the “Caucasian Knot” reported that Mehman Guseinov was accused of offence and using force against a member of the Ministry of Interior Affairs during video filming the action of protest on May 21, 2012, in Fountains square of Baku.

On June 17, Mehman Guseinov was going to fly to Oslo but was detained in the airport of Baku.

He considers his detention groundless. “A month ago I reported invitation to the award ceremony to Sabail district police department, the Ministry of Interior Affairs and Prosecutor General’s. I asked for exit permit. I got no reply and therefore estimated it as the absence of objections”, Guseinov said.

On the other hand, “prolongation of the criminal case itself is ungrounded for no investigative actions were carried out during the past year”, the journalist pointed out.