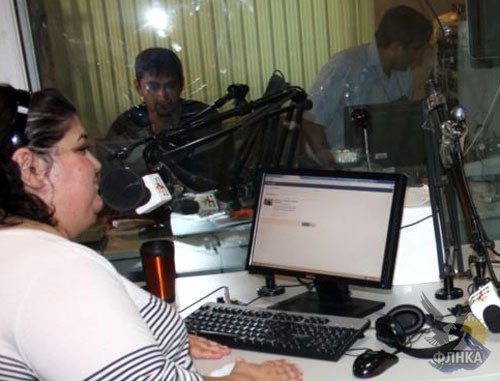 According to the press release of the Radio Liberty-Free Europe, interventions are made into the satellite broadcasting of the radio programmes in Azerbaijan, which is contrary to international telecom regulations and can be considered as a new stage in the history of hampering the broadcasting.

In particular, the press release states that "recently there has been distortion of the picture and sound, freezing frames, during the broadcasts of the weekly TV programme "Differing News" of the Azerbaijani service of Radio Liberty.

"Over the past few years, they stopped our broadcasting on local frequencies. There were many facts of pressure on our journalists. We have a suspicion that these interventions are the continuation and even intensification of the same policy," said Kevin Klose, the president and the CEO of the Radio Liberty-Free Europe.

"This development is a serious concern for a possible threat to established international conventions. I'm not talking yet about the threat to international norms and standards of media freedom," he added.

Mr Klose called on the officials of the telecom sector of Azerbaijan to investigate the facts of interference into the TV broadcasting of Radio Liberty.