Residents of Volgograd: ‘‘Who is Heydar Aliyev for Russia to erect him monument in center of Volgograd?’’ 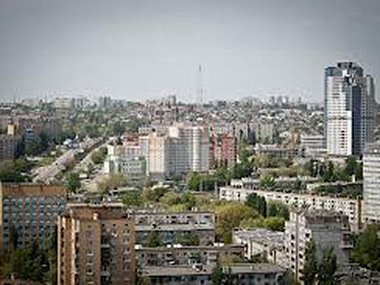 "Baku Park" is planned to be installed in Volgograd, at the expenses of Heydar Aliyev Foundation. The main attraction of the park will be the monument dedicated to the former President of Azerbaijan, and the father of the current president of the republic, Heydar Aliyev. The inhabitants of the city didn’t approve of the initiative, reports the Volgograd based V1.ru site.

As the portal notes, most observers are inclined to the opinion that the place for founding "some particles of Baku" in Volgograd is chosen so poorly.

Thus on 5 June, in the Culture and Rest Central Park of Volgograd solemn ceremony was held which announced the beginning of the construction of the park. At the foundation of the future park an agreement capsule was laid which was signed between the Government of Volgograd region and Heydar Aliyev Foundation. According to the agreement the fund will improve the park by its own means. As the director of Central Park Andrey Zharkov stated, the presentation of the project is scheduled for September 2013.

"The news that appears in Central Park of Volgograd there will be another park called "Baku Park" was perceived very ambiguous by the citizens of Volgograd. For example, the architect Andrey Chuykov believes that the emergence of such a facility in the center of Volgograd would not only create political discord and urban development, but would also make the social tension in the region growth," reads the site.

The architect believes that this is very ill-conceived and short-sighted move. "Central Park of Volgograd is not the place that can be reshaped into Baku branch without asking the opinion of the inhabitants of Volgograd. This is a big mistake," said Chuikov.

"All that is happening today about the Central Park, bring many of Volgograd inhabitants into indignation. I have the feeling that we are in a theater of absurd. First of all, such decisions should be admitted solely on interstate level. And secondly, who's Heydar Aliyev to Russia to erect him a monument in the center of Volgograd? We have a lot of heroes whose names are still waiting for perpetuating. We should honor our heroes, and not to erect monuments to foreign presidents," said the political scientist.

Monument to Heydar Aliyev which was installed in one of the central parks of Mexico City in August 2012 caused bewilderment among the residents. Azerbaijan has spent about $ 5 million on the reconstruction of two parks in Mexico City, after which it was allowed to install a monument there. Several protests were held in the capital of Mexico during which the participants claimed they did not want to see the statue of a dictator, who had ruled thousands of miles away from their country, next to the monuments of their heroes.

As a result, the special commission recommended that the authorities of Mexico deinstalled the statue of former Azerbaijani President Heydar Aliyev, noting that the government made a mistake by taking money and allowing the foreign government to decide which political and historical figures should be honored publically in the Mexican capital.

In mid-January, Foreign Ministry of Mexico has given absolute freedom to the government of Mexico to make up a decision concerning the controversial statue of Aliyev. In his turn, the Azerbaijani Ambassador to Mexico Ilgar Mukhtarov told that the Embassy has decided to appeal to international organizations for the solution of the problem. The Legislative Assembly of Mexico addressed to the government of Mexico with a call to dismantle the statue. In late January, the monument was dismantled and taken to a warehouse.

Leyla Aliyeva Not Going to Run for Deputy Seat

Park named after Ilham Aliyev will be in Turkey