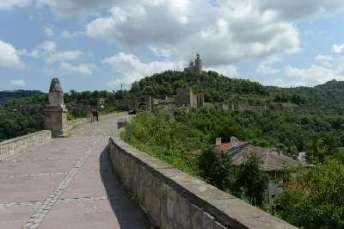 Heydar Aliyev Foundation donated 1.2 million Bulgarian levs for the restoration of the cultural museum Trapezitsa in the Bulgarian town Veliko Tyrnovo, reported Radio Azadlig with reference to the local press.

On May 27 in the presence of Bulgarian Prime Minister Boyko Borisov and Azerbaijani Deputy Prime Minister Elchin Efendiyev an agreement on the transfer of the funds was signed by the Minister of Culture of Bulgaria Vejdi Rashidov and the Executive Director of the Foundation Anar Alekperov, novinite.ru writes.

The Bulgarian Prime Minister thanked President Ilham Aliyev for the fact that the money was transferred only two months after their conversation.

Trapezitsa is a kind of Icheri Sheher (Inner City of Baku) in Veliko Tyrnovo. It is located on the right bank of Yantra River and is a fortress surrounded on three sides by the river.

The purpose of allocating the funds is not reported. The Azerbaijani authorities never disclose information about the sources of the Foundation, which finances many cultural and other humanitarian projects.

The Heydar Aliyev Foundation, which is considered a non-governmental organization, is headed by the wife of the President Mehriban Aliyeva.

Presidents of Bulgaria and Azerbaijan discuss the Southern Gas Corridor