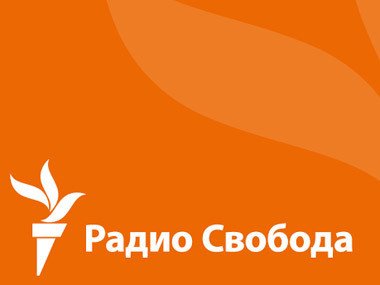 “It is just the latest move in Azerbaijan's apparent campaign to export the cult of personality of its former leader. From Belgrade to Tashkent to Mexico City, Heydar Aliyev's likeness is seeking out new venues to advance Azerbaijan's interests abroad,” reads the article titled “The Cult of Heydar Aliyev Marches on” which is published on the site of European Radio Liberty, where the author tells about installation of the statue of Heydar Aliev in Kiev park.

RFE/RL's Azerbaijani Service has created an interactive map of Heydar Aliyevs around the world http://www.rferl.org/content/heydar-aliyev-personality-cult/24968616.html .

“But Baku isn't stopping at statues. There have been reports of a film trilogy in the works on the life of Heydar Aliyev, dozens of seemingly little-frequented museums dedicated to him, and now even an academic discipline devoted to the study of his life,” the material says.

Adalet Qasimov, the head of the Department of AliyevScience in the History Institute of the Academy of Sciences says, “Special courses and special lectures could be established in universities to study the Heydar Aliyev phenomenon.”

Monument to Heydar Aliyev which was installed in one of the central parks of Mexico City in August 2012 caused bewilderment among the residents. Azerbaijan has spent about $ 5 million on the reconstruction of two parks in Mexico City, after which it was allowed to install a monument there. Several protests were held in the capital of Mexico during which the participants claimed they did not want to see the statue of a dictator, who had ruled thousands of miles away from their country, next to the monuments of their heroes.

As a result, the special commission recommended that the authorities of Mexico deinstalled the statue of former Azerbaijani President Heydar Aliyev, noting that the government made a mistake by taking money and allowing the foreign government to decide which political and historical figures should be honored publically in the Mexican capital.

In mid-January, Foreign Ministry of Mexico has given absolute freedom to the government of Mexico to make up a decision concerning the controversial statue of Aliyev. In his turn, the Azerbaijani Ambassador to Mexico Ilgar Mukhtarov told that the Embassy has decided to appeal to international organizations for the solution of the problem. The Legislative Assembly of Mexico addressed to the government of Mexico with a call to dismantle the statue. In late January, the monument was dismantled and taken to a warehouse.

Residents of Volgograd: ‘‘Who is Heydar Aliyev for Russia to erect him monument in center of Volgograd?’’