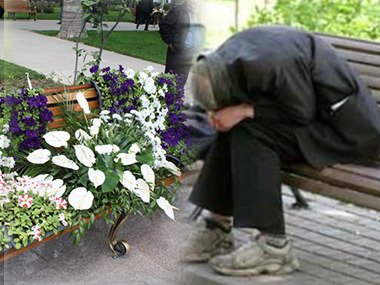 Never did the Azerbaijani authorities disclose the amount of money spent on flowers delivered into the country on the Flower Festival, which is celebrated on Heydar Aliyev’s birthday, the website of radio channel "Liberty" writes.

"Do not talk about money and prices, because Heydar Aliyev is invaluable. That’s why I absolutely do not think about the financial side of matter. This time 2 times more flowers will be brought than it was last year," recently Hajibala Abutalibov, the head of the Executive Power of Baku, said to Radio Liberty correspondent.

When the reporter turned to Abutalibov on May 8 again, he replied, "Mind your business. When I see a journalist, I feel that a dead man is standing in front of me."

The newspaper "Yeni Musavat" writes that more than 60 million manats (over $ 76 million) have been spent on the Flower Festival, which this year coincides with the celebration of the 90th anniversary of Heydar Aliyev.

The article presents the cost of the works that could be implemented with that amount. The author writes that the construction and renovation of 156 apartments for journalists cost $ 6.4 million. According to him, the money spent on Flower Festival, 14 buildings with 2184 apartments could be constructed. This, at least, would provide several thousands of families with apartments.

According to the materia, the economist Natick Dzhafarli believes that about 30 million ($ 38 million) is spent on Flower Festival this year. According to the expert, the wages of doctors in Baku could be increased for 2 times by this money.

"About 9,200 doctors work in Baku. Their total annual salary is about 25 million manat. Their salary could be increase for 2 times by the money spent on the Flower Festival...The foreign farms earned money due to the festival, which is essentially a cult of personality. That means that such events are more profitable for the foreign farmers, and not for the local residents," he said.

In his turn, economic expert Gubad Ibadoglu believes that the non-disclosure of the amount of funds spent on the Flower Festival is doubtful. The expert believes that all financial transactions the source of which is the official channel should be disclosed.

According to Gubad Ibadoglu a total of 20 million manats have been allocated from the budget in the Mortgage Fund in 2012, and more than 10 million for the one-day event. This is nothing but a waste of budget.

Florist Samed Feyziyev said the he is astonished with the delivery of such a large number of flowers for the one-day event. Samed Feyziev, who laments on inability to find a permanent job, believes it would be better if the money that were spent in a day, would go to the opening of new jobs, and he would be able to solve his problems.

"This is not a job but a way to get out of the situation somehow. If there are jobs, the youngsters will go to work. I think the money spent on this could find better usage. Spending so much for a single event or a couple of days ... What can I say? The fed would not understand the hungry," he said.

"Radio Liberty" recalls that the Flower Festival, is matching and associating with Heydar Aliyev’s birthday and is celebrated since 2004. According to the statements, more than 1 million flowers from more than 50 countries are being delivered. No one can say how much this beauty costs.