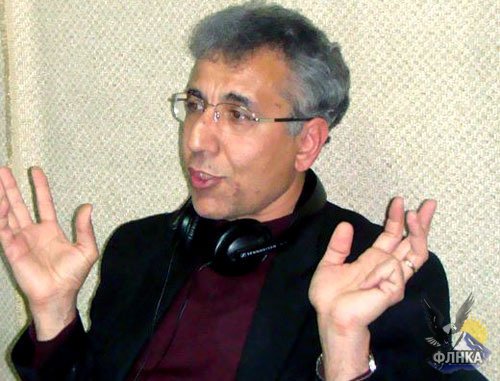 The decision with effect from January 1, 2014, to change the status of the Baku Office of the Organization for Security and Cooperation in Europe (OSCE) from a diplomatic mission to the "OSCE Project Coordinator in Baku" is a limitation of the activities of the organization in support of democracy in Azerbaijan and a concession to the government. This was stated by Anar Mamedli and Intigam Aliev, the leaders of the nongovernmental organizations (NGOs) the Centre for Monitoring Elections and Democracy Training (CMEDT) and the Society of Legal Education (SLE), respectively.

The decision to change the status of the Baku Office was made on July 26 at the sitting of the OSCE Permanent Council in Vienna; it was initiated by the Government of Azerbaijan.

However, Koray Targay, the head of the OSCE Office in Baku, has assured that despite the renaming on January 1, 2014, of the OSCE Mission in the Azerbaijani capital into the "OSCE Project Coordinator in Baku", the office will continue working in all the directions as before: the military-political sphere, economy, environment and human rights.

The details of the operation of the "OSCE Project Coordinator in Baku" will be specified in the Memorandum of Understanding to be agreed between the OSCE and the Government of Azerbaijan. It will be worked out in September; while so far even to the starting positions of the parties are unknown with regard to the vision of further cooperation, a source from the embassy of one of western powers to Azerbaijan told the "Caucasian Knot" correspondent.

Let us remind you that Office for Democratic Institutions and Human Rights (ODIHR) of the OSCE has already begun forming the observation mission for the presidential election in Azerbaijan to be held in the second half of October this year.