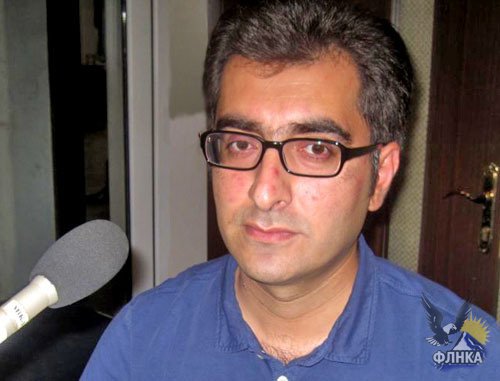 Pedro Agramunt Font de Mora and Joseph Debono Gresh, Co-Rapporteurs of the Monitoring Committee of the Parliamentary Assembly of the Council of Europe (PACE), have urged the Azerbaijani authorities to reconsider the decision to arrest Anar Mamedli, the head of the Centre for Election Monitoring and Democracy Training (CEM&DT).
The "Caucasian Knot" has reported that Anar Mamedli is accused of tax evasion, illegal entrepreneurship and abuse of office. Mamedli himself treats the accusations as politically motivated and related to the CEM&DT's monitoring of the October 9 presidential election. On December 16 Mamedli was put behind bars for three months.

The Baku-based office of the Council of Europe is concerned about the decision of the Nasimi District Court of Baku in relation to Anar Mamedli. "The arrest as a freedom restriction measure should be a last resort and can be justified in exceptional cases," said the statement of the above Co-Rapporteurs of the Monitoring Committee of the PACE Pedro Agramunt Font de Mora (Spain) and Joseph Debono Gresh (Malta).

The PACE officials have also urged the authorities to keep the inquiry into Mamedli's case transparent. The Co-Rapporteurs have noted that they will closely monitor the progress with the case and intend to discuss the situation with the Azerbaijani leadership during their upcoming visit to the country in late January.