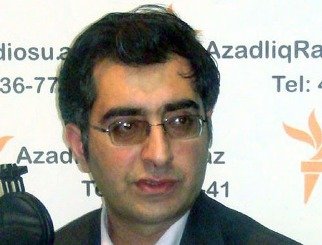 Azerbaijan starts a judicial investigation into the criminal case against Anar Mamedli, the head of the Centre for Election Monitoring and Democracy Training (CEMDT), and his two colleagues. The case will be considered in the Baku Court of Grave Crimes by judge panel chaired by Judge Rauf Aliev. The preliminary court hearing on the case is scheduled for April 21. This was reported by Fariz Namazly, Mamedli's advocate. At the court hearing, the defence will demand to release Anar Mamedli from custody.

The "Caucasian Knot" has reported that Anar Mamedli is under arrest, and two other defendants are under recognizance not to leave. On March 19, they were charged with embezzlement on a large scale and forgery in public office.

Alibaba Rzaev, Suleimanly's advocate, claims groundlessness of charges filed against Bashir Suleimanly and other activists. Djavad Djavadly, an advocate of Elnur Mamedli, also believes the criminal case against his client was fabricated.

"There is always a victim in crimes related to embezzlement. The grantor the US National Democratic Institute has no claims to the defendants," Djavad Djavadly has stated.

The advocate has added that the charge of tax evasion is also fabricated, since non-commercial organizations are not to pay VAT.