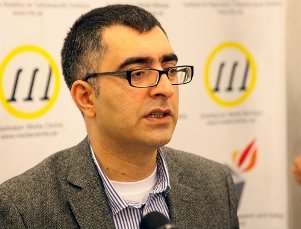 Anar Mamedli, the leader of the Centre for Monitoring Elections and Democracy Training (CMEDT), was taken in custody on charges of tax evasion, illegal entrepreneurship and abuse of power. This was stated by Bashir Suleimanly, Executive Director of CMEDT, one more figurant in the case.
The "Caucasian Knot" has reported that on October 31, law enforcers seized financial records of the CMEDT. On November 1, Anar Mamedli, Bashir Suleimanly and Elnur Mamedov, the leader of Public Association for International Cooperation Volunteers (PAICV), were questioned as witnesses in the case against the CMEDT. Starting from November 25, they are prohibited to leave Azerbaijan.

The criminal case against the CMEDT and the Anar Mamedli's arrest are politically motivated steps made by the authorities. This was stated by Samir Kazymly, the coordinator of the Alliance of Protection of Political Freedoms.

"The CMEDT is one of the few independent institutions of civil society that makes efforts to democratize the country. The NGO is not afraid of calling a spade a spade. The CMEDT conducted monitoring of the presidential election held on October 9 and, like during earlier election campaigns, honestly reported on numerous violations revealed during the election," Samir Kazymly told the "Caucasian Knot" correspondent.