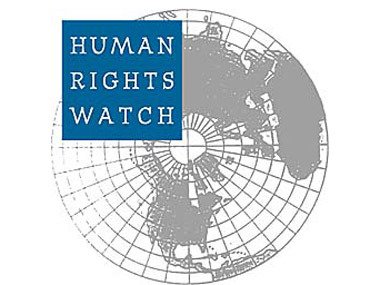 Human Rights Watch welcomes the Universal Periodic Review report on Azerbaijan, which includes critical recommendations to improve the situation with regard to freedom of expression, assembly, and association. As the statement in the organization’s site reads, leadership of Azerbaijan needs to take immediate steps to protect free speech, guarantee freedom of the media, allow freedom of assembly, and end undue interference with freedom of association.

Azerbaijan’s record on freedom of expression, assembly, and association has been on a steady decline for some years, but it has seen a dramatic deterioration since mid-2012 and in the run up to the October 9, 2013, presidential elections. The government has been engaged in a concerted effort to curtail opposition political activity. They punish publicly allegations of official corruption and other criticism of government practices, and exercise greater control over nongovernmental organizations.

“Our research shows that individuals arrested and imprisoned have included several high-ranking members of opposition political parties, government critics who frequently blog or have large followings on social media, and people who have been consistently involved in political protests in Azerbaijan. Authorities have used a range of trumped-up misdemeanor and criminal charges against these activists, including narcotics and weapons possession charges, hooliganism, incitement, and even treason,” HRW reads.

The Human Rights organization notes that, though the Azerbaijani government has accepted recommendations in the UPR report, however, in reality, Azerbaijan has a longstanding record of deep state antagonism toward independent and opposition media. Since January 2013, at least six journalists have been sentenced to prison; violent attacks were clearly used to try to silence critical journalists and a writer. May, Azerbaijan expanded defamation to specifically include statements made online.

Azerbaijan committed to implement the recommendations made to ensure freedom of assembly. However, Azerbaijan has implemented a blanket ban on all opposition demonstrations in Baku center.

“Police break up unsanctioned rallies – often with violence – and arrest and imprison peaceful protesters, organizers, and participants. In November 2012 and May 2013 parliament adopted amendments to laws increasing more than hundredfold the fines for participating in and organizing unauthorized protests. Other amendments increased the maximum jail sentence for minor public order offenses from 15 to 60 days.”

The document reads also that a number of states made recommendations for Azerbaijan to revise its law on NGOs. February 2013 legislative amendments make it impossible for unregistered groups to legally receive grants and donations. In recent years the authorities’ refusal to register several human rights groups and the closure and harassment of several others demonstrates the government’s determination to interfere with civil society in order to restrict controversial work or criticism of the government.

“The UPR represents a critical opportunity for Azerbaijan to reverse the dramatic downward spiral that has characterized its rights record in recent years, and commit to a series of much needed reforms. We urge the government to seize this opportunity by genuinely implementing recommendations made by member states in relation to freedom of expression, assembly, and association,” the document reads.