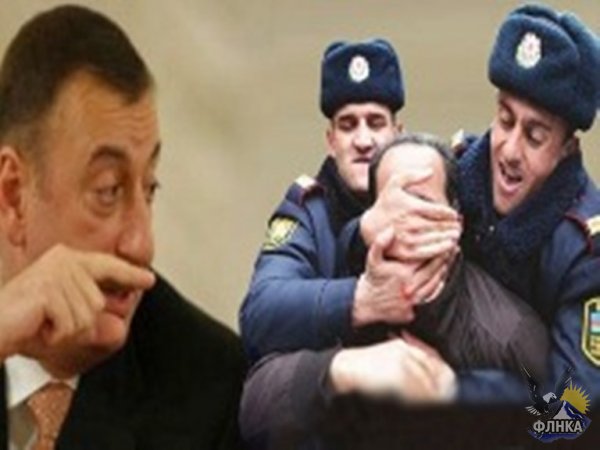 "The security forces of Azerbaijan strictly controls the Talysh,” Fanous Talysh writer Allahverdi Bayrami has stated in the Iranian arannews.ir site.
The Talysh intellectual has touched upon the Azerbaijani elections in the exclusive interview given to Iranian Talysh radio and has stated, "Most of the Talysh of Azerbaijan supports the candidate of the oppositionist party of National Council, but the question is whether the ruling power will allow to take the votes given to Jamil Hasanly out of the ballot boxes.”

Allahverdi Bayrami has touched upon the Talysh problems and has added, "Unfortunately the fact of Azerbaijan being a non-democratic country does not allow the opposition to voice its protest; the Azerbaijani security forces strictly control the Talysh. If the Talysh speak of their problems then the authorities will arrest or kill them thus creating an atmosphere of fear in order to silence the others.”

Ali Akram Hummatov, who was President of the Talysh-Mughan Republic (1993), had arrived at Yerevan State University (YSU).

At the presentation ceremony of a master’s program "Talysh Studies” developed by the YSU Sub-department of Iranian Studies, the leader of the Talysh national movement made a speech, in which he discussed the problems of the Talyshs in Azerbaijan. "In Azerbaijan, the Talyshs are deprived of basic rights. We are not respected; we are being extirpated, with a policy of assimilation being implemented against us. They at the same time declare that we are brothers. This is illogical.

We want to write and read in the mother tongue. In response to our demands, they (the Azerbaijani authorities) openly say,” You, the Talyshs, have no future, you must be assimilated”, Hummatov said.

Speaking about the possibility of declaration of an independent state by the Talyshs, the national figure said: "We were mistaken. We didn’t realize certain things. We considered Azerbaijan our homeland and were even prepared to give up our lives for it, but the homeland should also defend us with might and main, and if it refuses to do it, then we have our homeland and we will build our homeland – Talyshstan”.

"Our youths already have self-consciousness. No one can stop us anymore. We will speak in Talysh and struggle for our independence,” Hummatov stated.

"Studies of the Talysh language, culture and history to be conducted by the YSU Sub-Department of Iranian Studies are extremely important in terms of raising awareness of the Talysh people,” Hummatov said, adding that thanks to programs broadcast by The Voice of Talyshstan radio station from Artsakh, many Talyshs, including Hummatov himself, began to learn Talysh.

The Head of the YSU Sub-Department of Iranian Studies Prof. Garnik Asatrian made a speech, discussing the problems of Talysh studies. In his words, much work has been done in recent years in order to promote Talysh studies: two conferences of experts in Talysh studies were held in 2005 and 2011, a number of books about the history and culture of the Talysh people have been released, and The Voice of Talyshstan radio station was launched in 2013.

During his visit to Armenia Ali Akram Hummatov has expressed wish to visit Artsakh where he had had a meeting with the NKR NA Speaker Ashot Ghulyan and NKR FM Karen Mirzoyan.

The Talysh politician has answered to the question posed by a journalist during the interview given to Artsakh Public TV, whether the Talysh will fight again in case if war occurs, "God forbid! I don’t want the Talysh to be engaged in that war. I call on them from here. It will not be our war. We do not need it. I also call on the other peoples. Why to endanger our life given by God in a war, which will bring us nothing?”