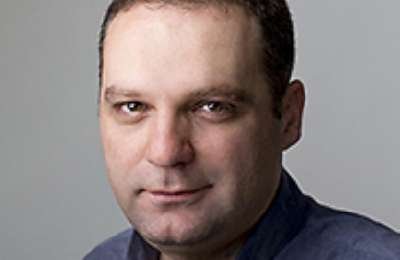 I had to check the calendar to make sure that it was not April Fool’s day, when I saw news reports that Azerbaijani president Ilham Aliyev was presented a "Friend of Journalists” award by local media representatives on November 24. One has to try hard to think of a less suitable candidate for the award.
Why? Azerbaijan has a long record of state antagonism toward independent and opposition media. Senior government officials have used criminal and civil defamation and a range of other criminal charges against journalists and human rights defenders criticizing the authorities. In the past six years, dozens of journalists have been prosecuted, imprisoned, or fined on charges that are either bogus or are libel charges brought by government officials. Police and sometimes unidentified assailants have physically attacked journalists with impunity, deliberately interfering with their efforts to investigate human rights abuses and other issues of public interest or in retaliation for their work. The authorities have failed to hold anyone accountable for those attacks.

Just this year, Human Rights Watch documented at least seven journalists who have been detained or convicted and sent to prison on spurious charges in apparent retaliation for critical and investigative journalism. One of them is Avaz Zeynalli, the editor-in-chief of the opposition newspaper Khural, who was sentenced to nine years in March on bogus extortion charges brought in apparent retaliation forKhural’s critical reporting.

Defamation and libel remain criminal offenses in Azerbaijan even though the government’s 2012 national action plan for human rights included a commitment to decriminalize them. Furthermore, in May 2013, the Azerbaijani parliament expanded the definition of slander and insult to specifically include content published on the Internet.

Many journalists in Azerbaijan resort to self-censorship, particularly when writing about the powerful government officials and businesses linked to the presidential family. Khadija Ismaiylova, the country’s leading investigative journalist, had to learn the hard way, when someone placed a hidden camera in her bedroom and recorded her, in an apparent effort to blackmail her into giving up her reporting. When she refused to be intimidated into silence, the footage secretly shot in her bedroom was posted on the internet.

President Aliyev has to do much more than just receive an award to prove he is a true friend to journalists. Releasing those who are in prison on spurious criminal charges would be a good start.