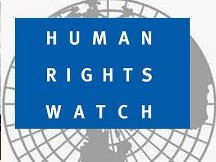 The judgment concerned Ilgar Mammadov, a prominent political analyst and a chairman of a political opposition group who planned to run for president last year. Azerbaijani authorities accused Mammadov of instigating violence on January 24, 2013, in Ismayilli, a regional center about 200 kilometers northwest of Baku, the capital. In March, a local court sentenced him to seven years in prison in a politically motivated trial.

Anti-government riots broke out in Ismayilli when a relative of the local governor drove his car into an electricity pole and started a fight with a taxi driver parked nearby. The next day, there were several clashes between police and an angry mob of protesters calling for the governor’s resignation.

Instead of looking into the underlying causes of such an expression of mass anger – and there are many, starting with astounding government corruption – the authorities decided to find a convenient scapegoat who fit the false narrative of critics-as-enemies. They arrested Mammadov, who traveled to Ismayilli on January 24 to find out firsthand information about the developments there and reported about it on his blog.

The European Court found that the authorities detained Mammadov without any evidence to reasonably suspect him of having committed the offence with which he was charged, and concluded that the actual purpose of his detention "was to silence or punish [Mr Mammadov] for criticizing the Government and attempting to disseminate what he believed was the true information that the Government were trying to hide.”

Alas, Mammadov’s is only one in a growing number of cases in which the government uses bogus criminal charges for this purpose. The court found Azerbaijan in violation of four rights protected by the European Convention of Human Rights, including the right to liberty and security, the right to judicial review of one’s detention, and the right to be presumed innocent.

The court ordered Azerbaijan to pay €20,000 in respect of non-pecuniary damage. Ironically, a week ago Azerbaijan took over the rotational chairmanship of the Committee of Ministers of the Council of Europe – the regional organization to which the court belongs. Releasing Mammadov immediately and paying the court-imposed damages, as it’s obliged to do, is the least Azerbaijan can do to show good faith.