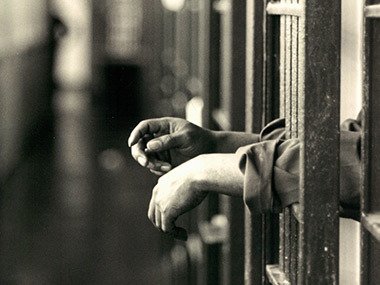 International Human Rights organizations express their concern on the fact that on Monday, a court convicted Ilgar Mammadov, Azerbaijani political analyst and a chairman of the opposition group REAL (Republican Alternative), and Tofig Yagublu, deputy chair of the opposition political party Musavat, and a columnist with the opposition daily Yeni Musavat, and sentenced them to seven and five years in jail, respectively.

"That Azerbaijan’s continuing crackdown on its critics comes as no surprise does not make it any less devastating to the few who dare to criticize the country’s authoritarian leadership and expose grave rights violations,” the Human Rights Watch statement reads.
It reads that instead of looking into the underlying causes of such an expression of mass rage in Ismayilli – and there are many, starting with astounding government corruption – the authorities decided to find convenient scapegoats who fit the false narrative of critics-as-enemies.

HRW notes that Mammadov and Yagublu are among the dozens of other political activists who have been arrested and imprisoned on bogus charges in recent years.

According to Amnesty International statement "these two opositopn activists were imprisoned on bogus charges only for criticism of government.”

It is noted that, according to lawyers of Yagublu and Mammadov, the involvement of their clients to the unrest in Ismailly has not been proven. They are going to appeal the verdict.

Organization "Reporters without Borders" said the sentence against journalist T. Yagublu is a political persecution in its pure form.
"It’s a little bit shocking that Azerbaijan, where there are such biased trials carried out will soon take the Presidency of the Council of Europe," said the head of the European and Central Asian branch of the "Reporters without Borders" Joan Bir.

He stressed that the verdict should be abolished, and all the charges against Yagublu must be removed.

The court verdict was also denounced by the "Committee to Protect Journalists” (CPJ), calling on the Azerbaijani authorities to cancel the decision of the court after receiving the appeal.

"The Azerbaijani authorities should stop filling prison cells with such journalists as Tofig Yagublu. Baku should fix its image, especially regarding his upcoming role in the Council of Europe. You can start this process by the release of Yagublu and other journalists that are imprisoned at this moment in Azerbaijan,” said Nina Ognyanova, the coordinator of the Europe and Central Asia CPJ.

Organization recalls that Azerbaijan, where eight journalists are currently imprisoned in connection with their activities, should take the chairmanship of the CoE Committee of Ministers in May 2014.

Immediately after passing of sentence with respect to the opposition, the U.S. Embassy in Baku issued a statement expressing "deep disappointment" at the decision of the court.

"We and other observers saw significant irregularities in witness testimony and court proceedings. Our observations lead to the conclusion that the verdicts were not based on the evidence and were politically motivated,” the statement of the embassy reads.
According to the Azerbaijani news agency "Turan" with reference to the French Embassy in Baku, the French Foreign Ministry also regrets for the verdict against Ilgar Mamedov. "In May Azerbaijan is to chair the Committee of Ministers of the Council of Europe. In this regard, France calls on the Azerbaijani authorities to respect the human rights, justice and legal procedures," the statement reads.