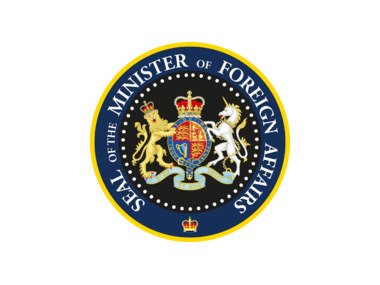 British Foreign office is seriously concerned with the verdict against Azerbaijani opposition figures: the leader of REAL movement Ilgar Mammadov and deputy chairman of Musavat political party Tofig Yagublu. The statement is posted in the website of the British government.

On March 17 Mammadov and Yagublu were sentenced to eight and five years’ imprisonment on charges of organization of riots in the city of Ismaili in January 2013.

It is noted in the statement that the verdict raises serious questions concerning the independence of judiciary system and the right to protection in Azerbaijan.

As it is stated in the document the Foreign Secretary of the United Kingdom during his visit to Baku in December of 2013 raised the issue of Mammadov and Yagublu, while the officials of the British embassy in Baku were closely following the trial.

"We are troubled by a number of aspects of the conduct of the trial which reinforce the impression that the verdicts were politically motivated,” it is noted in the statement.

Note that the verdict of the Azerbaijani court was condemned by such organizations as Amnesty International, Human Rights Watch, "Reporters without Borders”, "Committee to Protect Journalists," as well as the EU, PACE co-rapporteurs, the U.S. Embassy in Baku and the French Foreign Ministry.

Note that on March 17 the court sentenced the leader of the Azerbaijani opposition movement "REAL" Ilgar Mammadov to seven, and deputy chairman of the "Musavat" party Tofig Yagublu - to five years' imprisonment. They were accused of organizing riots in Ismailly in January last year. Unrests in Ismailli district began at the evening of January 23, after an accident in which the nephew of the head of Nizami Alekperov and son of the Minister of Labor Fizuli Alekperov - Vugar Alekperov - were involved. His car crashed into another car, Alekperov then began to insult the local residents. According to one of Ismailli residents, relative of the minister took a pack of money out of his pocket and said: "You have no dignity (geyret), I can buy your mothers and sisters for this money. "Information about the insults spread through the district and angry residents began to smash the commercial entities of Alekperov’s family up. Internal troops and Special Forces were involved in the incident. They fired rubber bullets and tear gas. As a result of clashes many people were arrested and dozens injured.


Ilgar Mammadov and a group of oppositionists who came to Ismaili on 24 January were not allowed to enter the city by the police and were sent back.

Ismailli region is located in the north of Azerbaijan and is bordered by Guba region, where in March 2012 the population rioted against lawlessness of Azerbaijani officials.