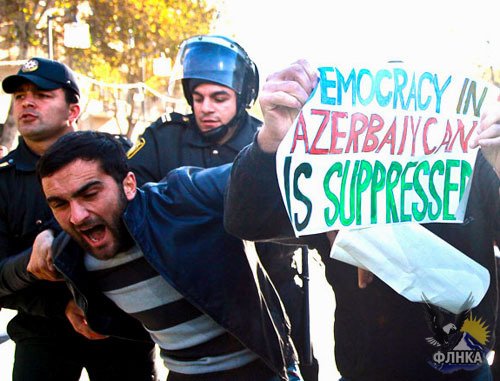 The British government has express concerns about Azerbaijan’s court system after prison sentences were issued by a Baku court against eight activists from the country’s opposition NIDA civic youth movement.

The court on May 6 found the eight guilty on charges of organizing mass disorders and for possession of weapons and illegal drugs -- sentencing them to jail terms ranging from six to eight years.

In a statement issued on the British Foreign Office website, Lidington said he was "particularly concerned by reported shortcomings during the trials.”

He said Britain will "continue to raise its concerns about an increasingly worrying trend of apparently politically motivated detentions and prison sentences being issued in Azerbaijan.”

Dozens of activists in Azerbaijan clashed with police during a protest near the court building on May 6 after the prison sentences against the opposition activists were announced.