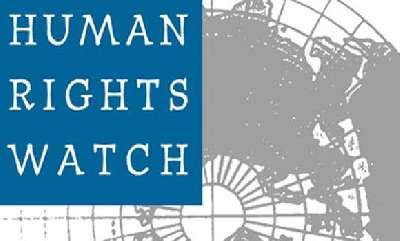 Another day, another imprisonment of prominent government critics in Azerbaijan.

That Azerbaijan’s continuing crackdown on its critics comes as no surprise does not make it any less devastating to the few who dare to criticize the country’s authoritarian leadership and expose grave rights violations.

After spending more than 13 months in pretrial custody, Mammadov and Yagublu were found guilty of instigating violence on January 24, 2013 in Ismayilli, a regional center about 200 kilometers northwest of Baku, the capital. Anti-government riots broke out in Ismayilli the day before, when a relative of the local governor drove his car into an electricity pole and started a fight with a taxi driver parked nearby. The next day, several clashes took place in front of the main government building between police and an angry mob of protesters calling for the governor’s resignation.

Instead of looking into the underlying causes of such an expression of mass rage – and there are many, starting with astounding government corruption – the authorities decided to find convenient scapegoats who fit the false narrative of critics-as-enemies. They arrested Mammadov and Yagublu, who traveled separately to Ismayilli on January 24 to find out firsthand information about the developments there and spent less than an hour in the town.

Mammadov and Yagublu are among the dozens of other political activists who have been arrested and imprisoned on bogus charges in recent years. In a September 2013 report, Human Rights Watch concluded that the crackdown amounted to a concerted effort to curtail opposition political activity and to punish public allegations of corruption and other criticism of government practices.

In less than two months Azerbaijan will assume the chairmanship of the Committee of Ministers of the Council of Europe, the foremost human rights body in Europe. Baku no doubt will attempt to use this rotational chairmanship to boost its international prestige. However, if it’s serious about celebrating the leadership in this important regional body, it should start by implementing long overdue accession commitments undertaken prior to joining it, many of which remain only on paper. Releasing Mammadov and Yagublu and others in prison following politically-motivated prosecutions would be a good start.