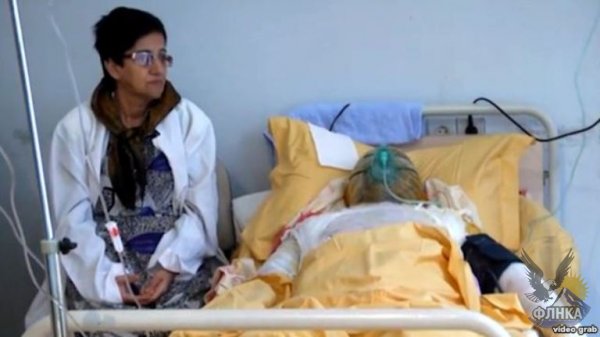 BAKU -- A 42-year-old Azerbaijani man who lit himself on fire in front of a government building in Baku to protest perceived injustice at the hands of a senior pro-government official has died.
Zaur Hasanov's body was handed over to his family on December 29, after he succumbed to injuries from his act of self-immolation late the previous day.

Hasanov lit himself on fire in front of his children on December 25 in a desperate act that prompted calls for protests to demonstrate public anger over the case.

Dozens of youth activists tried to hold a protest in downtown Baku after a funeral for Hasanov, who was a veteran of the country's Nagorno-Karabakh war with Armenia in the early 1990s. They shouted slogans like "Stop killing our veterans!" and "Don't turn the army into a morgue!"

Police quickly moved to disperse them, detaining some.

Trying to calm the public, senior members of the ruling Yeni Azerbaijan Party had visited Hasanov in the hospital, where he was being treated for burns to around 70 percent of his body.
Hasanov's relatives told RFE/RL's Azerbaijani Service that his small restaurant was demolished in 1995 on orders from Sattar Mehbaliyev, a ruling-party lawmaker who also chairs the pro-government Confederation of Trade Unions.

Hasanov had battled for nearly two decades to receive compensation and to rebuild his restaurant.

The self-immolation -- which was captured in graphic video posted to the Internet -- eventually prompted the confederation to pledge around 100,000 manats ($127,000) in compensation and to provide financial support for Hasanov's wife and five children.

Hasanov's relatives said his modest veteran's pension of around $125 a month wasn't enough to support his family.

An adviser to President Ilham Aliyev said the president was "disturbed" at the incident.

Azerbaijanis Jailed Over Rally For Man Who Immolated Himself In Protest