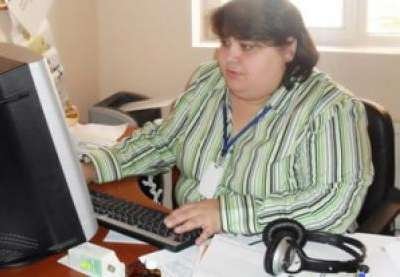 BAKU. February 19, 2014: Jeyhun Osmanov, a pro-government member of the Azerbaijani parliament today stated that he submitted an audio-recording to the Azerbaijani Attorney General's Office capturing Khadija Ismayilova's conversation with the US Senate Staffers whom he believes to be the US spies. Khadija Ismayilova is a journalist of the Azerbaijani Service of the Radio Free Europe/Radio Liberty (RFE/RL), and she is internationally known for her well-grounded investigative reports on corruption in the Azerbaijani government, including the family members of the president Ilham Aliyev. Khadija Ismayilova is currently under an investigation by the Azerbaijani Attorney General's Office for the conversation with the alleged US spies. In her Facebook profice, Khadija Ismayilova has made an appeal to the international community calling for a principled stand on the issues of human rights in Azerbaijan and not to turn her possible arrest into a subject of another round of backdoor diplomatic dealings and questionable trade-offs between the Western governments and the Aliyev regime. Below is the full text of her Facebook appeal:

IF I GET ARRESTED:

Things get more complicated here. So there are couple things I want to ask for:

You are doing everything right. Keep doing it.

Just in case, I want to remind my request to international community in terms of possible advocacy actions regarding my possible arrest:
Some of you want to help, but can do it only with private diplomacy.

Thank you, but No.

WHEN MY CASE IS CONCERNED, if you can, please support by standing for freedom of speech and freedom of privacy in this country as loudly as possible. Otherwise, I rather prefer you not to act at all.

I don't want any private diplomacy for my case. I don't believe in human rights advocacy behind closed doors. People of my country need to know that human rights are supported.

I also don't want any release-appreciation trade for my release. My possible arrest will be just one of the more than hundred politically motivated arrest and government of Azerbaijan has managed to use revolving doors of prisons for getting positive feedback from the West: releasing one prisoner, getting praised, arresting two.

IF/WHEN I get arrested, I want you to make sure that your audience understand the reasons. Anti-corruption investigations are the reason of my arrest. The government is not comfortable with what I am doing. I am about to finish three investigations. I will make sure to finish them before anything happens, if not my editors and colleagues will finish and publish.

İnvestigations I am working on are on the same topic:

Latest report (in Azeri) is about Czech company of Arzu Aliyeva, president's daughter. The company is sold to tax minister's advisor. Law bans officials from owning businesses and it is not clear where the 1,2 millions Euros are taken? Click here
2012 President awarded family stake in gold fields

2012 President’s family has a stake in Eurovision concert hall

Azerbaijan spends hundreds of millions to host Eurovision contest, with more than a hundred millions of public funds invested into the concert hall. Khadija Ismayilova’s investigation traces one of the subcontractors, involved to the expensive project and finds a link to the president’s family. The same company is involved into construction of state funded "patriot” project in 2010– the highest flagpole in the world (which became second highest after Tajikistan beat the record few months later) and shady privatization of energy construction facilities.

For more than five years government of Azerbaijan lied to citizens about ownership of the mobile phone operator, naming German Siemens as an owner of Azerfon company, enjoying favorable conditions in the market, not available for competitors. The investigation reveals that president Aliyev’s daughters were behind Azerfon through shell companies in Panama.

The investigation conducted with Ulviyya Asadzade documented how President IlhamAliyev’s family was involved in the illegal privatization of the public bank and other parts of state owned Azerbaijan Airlines company, to benefit the Aliyev family. The government never publicly announced the privatization. The report was declared "the best investigation of Radio Free Europe Radio Liberty in 2010” among the 28 language services of the radio.